It was the last time we were going heading out for a raptor count up Mt. Brown for the year. While it was chilly to say the least and the eagles were few, a grizzly bear foraging below us made for a memorable day!

( By the way, if you’d like to get involved in future raptor counts, please check out Glacier’s Citizen Science Program or check out your local Audubon Chapter for local hawk watches and other raptor counts. It’s a ton of fun!) 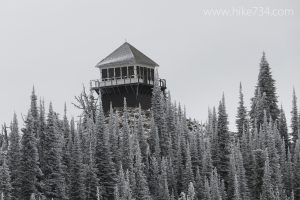 Five of us bird nerds met at the Glacier’s Citizen Science Program‘s offices. We wanted to survey both the Swiftcurrent Pass and Mt. Brown Lookout sites at the same time and compare notes. Three went up to Swiftcurrent Pass while Jami Belt and I headed up the steep slopes of Mt. Brown towards the lookout. 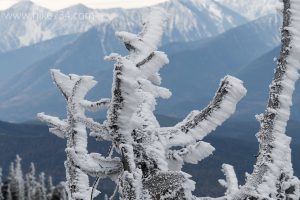 Jami had never been up to the lookout and we were making good time, so we headed on up. There were traces of snow here and there and the ice crunched under our feet. Just above the survey site, the frost had gathered on trees and shrubs. Near the lookout, snow was on the trail and it was beautiful. We spent little time at the lookout as it was chilly and we needed to get to surveying.

Back at the survey site, where we had spooked a roosting Golden Eagle, we started to get out our forms, put on my layers and get our binoculars ready. Before 1pm, we ended up seeing another two eagles. We thought we were in for another great eagle day. 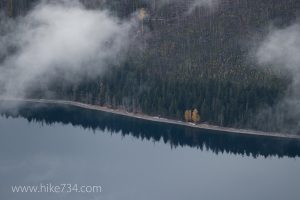 Unfortunately for us, those three eagles were the only we saw. Aside from a Mountain Goat sleeping on the cliffs nearby and some other birds, Bohemian Waxwings, a curious Steller’s Jay and a handful of Townsend’s Solitaires, things were pretty sparse. It was a challenge to stay warm and we decided to call it a bit early at 3:30pm.

As we were packing up, I noticed a brown patch below and had Jami train her binoculars to check to see if it was indeed a bear. Sure enough, we got to see a Grizzly Bear! It was a safe distance and was rooting around looking to pack on a few more pounds on its already inflated body.

Great end to a wonderful day. Always good to get out in the Park, even if you don’t see much of what you set out to look for. 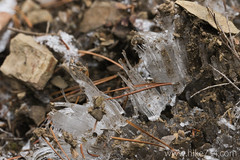 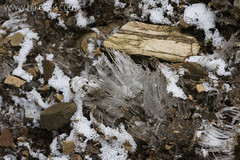 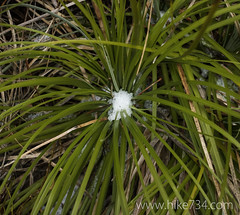