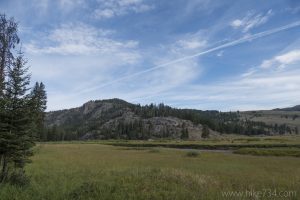 The slow moving Slough Creek snakes through two large, beautiful meadows in the northern region of Yellowstone National Park. If you’re a fisherman, it offers ample opportunities to fly fish. If you’re a hiker, it’s full of gentle grades and wide open spaces.

I tried hiking to the meadows along Slough Creek in Yellowstone National Park at the beginning of July. The insects were maddening and I knew that I could put it off until later in the year. While the flowers were great in July, I didn’t get as many in later August. I’ll take less flowers and less bugs than more flowers and insanity any day. (It also makes filming virtually impossible… both from them attacking your hands and face as well as trying to be the star by flying into the video all the time!)

The morning was cool as I ascended the trail… which is really just an old wagon road. Because of this, the grade is steady and gradual up the hill that brings you to the creek’s meadows. Views are fairly open and I came across fresh grizzly tracks and scat which made the area come alive.

Towards the top of the hill, a couple of mule deer grazed in the grasses before I came to the marshy area at the top. This is where I turned around on my first attempt, but it was almost civilized now. I continued on, dropping down through the cooler, denser forest of spruce trees and got my first glimpse of the first meadow.

The creek exits the valley through a rocky “gate”. My eye followed the creek upstream along its serpentine path. It was hard to even tell if the water was moving. The northern range of Yellowstone are characterized by their wide grasslands and this was no exception.

I traveled further along the road, passing the patrol cabin and kept stopping and enjoying the vast terrain. A bison grazed in the distance. I made out a pair of Sandhill Cranes feeding and a couple of Northern Harriers roosting on posts of some kind. The trail skirts the edge of the meadow where the meadows begin rising into the hills.

The trail follows along the boundary between grassy meadow and forest. It gently goes up a rise and passes through some trees before dropping down to the second, larger meadow. Along the way, I passed a couple of bison feeding fairly close to the trails. More Sandhill Cranes flew above my head. They love these marshy grasslands.

The second meadow came into view, a sprawling grassland stretching out before me. The first part contained sagebrush and was a bit drier but, as it came closer to the creek, transitioned to the wetter grasses. I want to say “more of the same”, but that implies a boredom with the vast expanse. Instead, it was more goodness. While the occasional fisherman or string of horses with guests of the concessionaire pass by, the place is wide open and relaxing. After walking along the second meadow for a bit, I turned around and headed back.

Overall, Slough Creek is a wonderful area to explore and a fairly easy walk even though there is some elevation to get over to it. The meadows are vast and gorgeous. The birding is great with the variety of habitats and you just never know what’s going to pop out into the meadows. 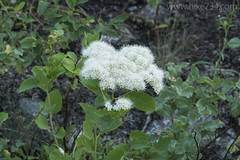 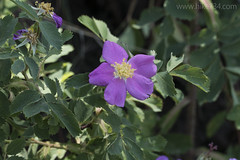 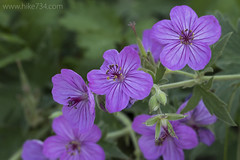 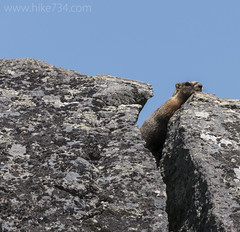 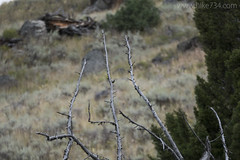 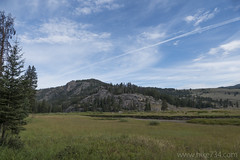 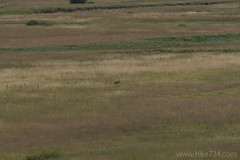 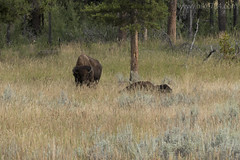 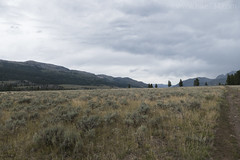 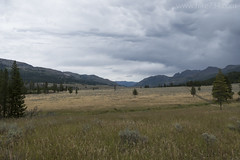 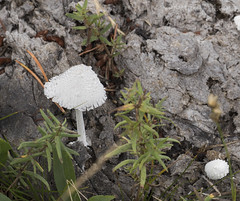 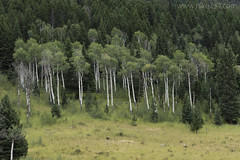 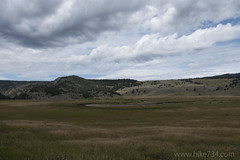 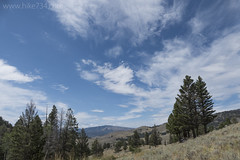 Views from the Slough Creek Trail