Rising Wolf Mountain prominently sits at the heart of the Two Medicine area in Glacier National Park. The climb is a long slog, but views from the summit are more than rewarding with beautiful valleys, hanging lakes, and summits as far as the eyes can see.

We started out at the Oldman Lake trailhead on a beautiful sunny morning with not a cloud in the sky. Both Pray Lake and Two Medicine Lake were calm. We followed the trail west along the north shore of the lakes and the south edge of Rising Wolf Mountain. It’s a little deceptive initially as it seems that the easternmost high point is the summit, but once up on top, it’s readily apparent that the summit of Rising Wolf Mountain is in the middle of the ridge by several hundred feet.

Almost at the end of Two Medicine Lake, we broke off trail at an unnamed stream, with a minor bushwhack to meadows. We followed the stream up and crossed it then traversed beneath the cliffs. We traversed a bit more east than in the book as we didn’t want to get cliffed out, but ended up on the ridgeline and followed that up to the summit (meeting back up with the described route along the way).

When we arrived at the ridgeline, we found a White-tailed Ptarmigan amongst the many beautiful alpine flowers and saw a Mountain Goat below us. Small pocket lakes clung to the northern slopes with the two lakes closer to Flinsch Peak named Young Man Lake and Boy Lake. It’s always fun to see these beautiful lakes that only climbers get to see.

After a nice traverse and a pleasant climb through a diorite band of rock, we reached Rising Wolf Mountain’s incredible summit. From here, views can only be experienced and roughly duplicated in photos and videos. It was fairly calm at the top with no bugs enabling us to hang out for a bit.

We looked at the west ridge to plan our route and discussed climbing Flinsch Peak which we opted not to do this time due to time constraints, but vowed to come back later and climb that and Mt. Helen.

As we picked our way down, then traversed Bighorn Basin to Dawson Pass, we ran across a couple herds of Bighorn Sheep, all ewes and young. Once at the pass, it was the steep drop into the valley on trail, then along the shores of Two Medicine Lake.

Rising Wolf Mountain isn’t a great summit for first time climbers as it’s an arduous climb and has some route finding. That being said, it should be on any Glacier National Park peak bagger’s list. It’s especially sweet when you have a day like we had. 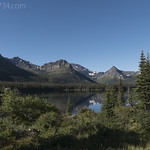 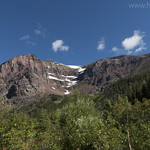 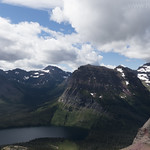 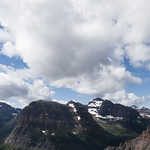 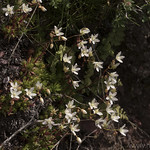 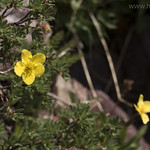 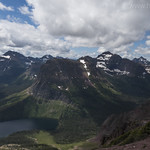 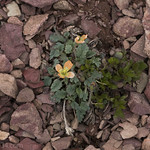 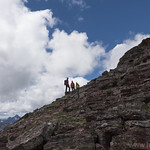 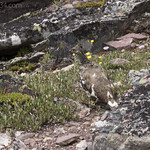 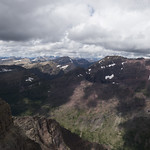 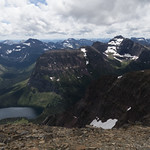 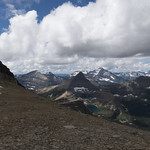 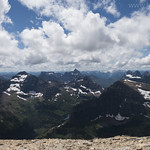 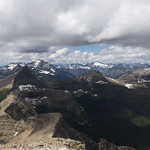 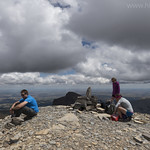 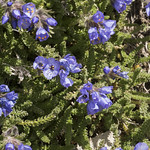 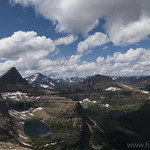 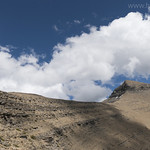 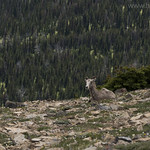 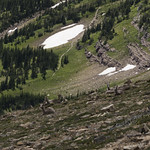 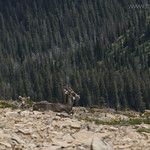 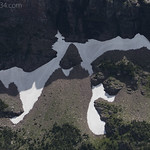 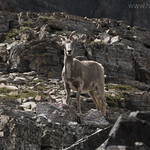 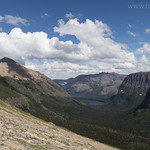