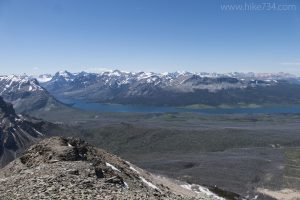 We needed to head over to the east side of Glacier National Park and wanted to do a hike or climb on such a beautiful day. After driving past Divide Mountain, we thought that it looked clear enough of snow to make for a nice, safe scramble to the top. We were not disappointed.

We pulled off of US Hwy 89, south of St. Mary onto a dirt road that works its way up to some cell phone towers. This road is a bit rough and can be rougher than when we drove it, so make sure that you have a high clearance vehicle. We drove up to the base of the mountain, stopping before getting to the cell towers. (Note: This entire climb is on Blackfeet Tribal Land, so make sure that you get a Tribal Recreation License before setting out. It’s not only the law, but it shows respect for them and their land. Permits can be obtained in stores that sell hunting/fishing licenses and online here.)

After looking at the mountain, we decided to go up a nice open slope and stayed to the right to avoid much climbing through the cliffs to get onto the ridge. The flowers were blooming with more on the way which was a treat. We worked our way up on the ridge to incredible views. One of my favorite things is cresting a ridge and seeing a magnificent landscape on the other side. The east side of Glacier fits the bill nicely.

Once on the ridge, we worked our way up to an old, abandoned fire lookout. This dilapidated building is super cool, but also a suspect structure, so we stayed out of it. Around it in the rocks were vast pockets of ladybugs. It’s always amazing to me that ladybugs and cutworm moths come up to these high areas in mass quantities.

From there, we continued on up the ridge through the crumbling limestone with increasingly better views. The rock layers changed, eventually transitioning to a dark slate right before the summit. 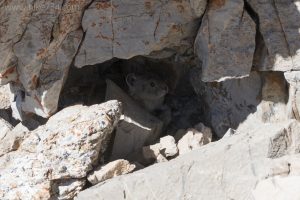 The summit is one of the park boundary points. It also is a great divider between the sea of summits, snow, and rock to the west and the vast plains to the east. The views are nothing short of stunning. We were fortunate to have a day with only a few bugs and not much wind. After enjoying it for a bit, we turned around and headed back down the mountain.

On the way down, we saw a few eagles and a pika. It was a perfect day in the mountains. 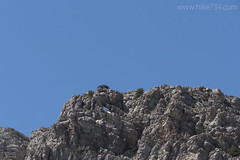 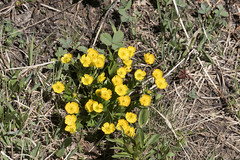 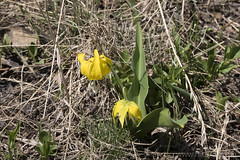 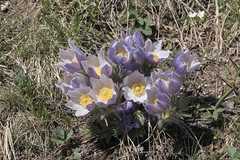 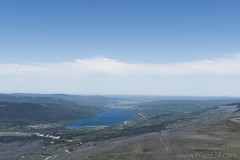 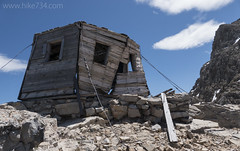 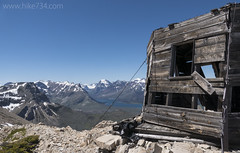 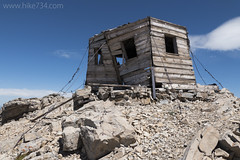 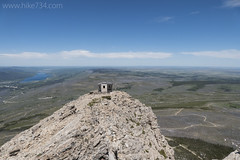 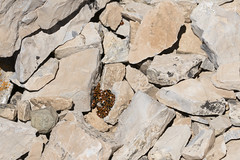 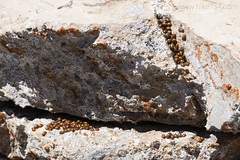 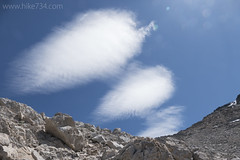 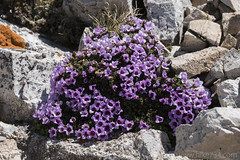 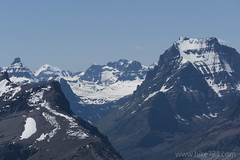 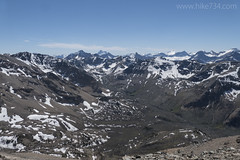 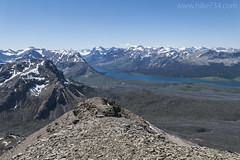 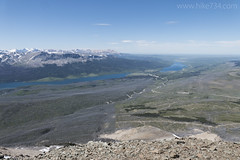 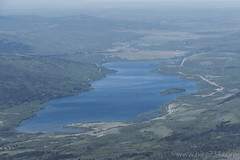