Folks from the Glacier’s Citizen Science Program relayed to me how they were thwarted in their latest attempt to get four last pika surveys done by the amazing limestone boulder fields just below Gable Pass and at Slide Lake in Glacier National Park. I looked at my schedule and took the opportunity to head on up for a sweet overnighter.

The drive around to the Lee Ridge trailhead near the US/Canada border at Chief Mountain takes almost three hours. The hiking is worth it, however. Save for some range cattle and horses, I didn’t see any notable big game driving or on the trail. I did see some birds including a juvenile Bald Eagle and a hawk of some kind. I hiked up through the trees which always seems longer than I remember and finally broke through to the magnificent Lee Ridge. The day I headed out, the weather was sunny, crisp, and amazing.

The wind. There is the wind. It was blowing like crazy and continued until I made it back to my car the next day. There was a nice front coming on through that was to bring rain on my way out, but I get ahead of myself.

The only other souls I saw were a couple of guys from Alberta day hiking Lee Ridge. Once at the top of the ridge, after the magnificent views of Chief Mountain, Ninaki Peak and Papoose to the east, Gable Mountain to the south and the Belly River drainage to the west including Mount Cleveland, I dropped down to Gable Pass. From there the trail is steeper than most and passes perfect Pika habitat.

I did my first Pika survey. I heard pikas, but there wasn’t one in my survey area. After the survey, I figured it would be getting into camp at dark if I tried another one, so I hustled down to Slide Lake and made camp.

Sleep was hard to come by as the wind blew strong and in gusts all night. Finally, at 5am, I got out of bed, tore down camp and made breakfast under the light of my headlamp. I figured I might as well have my ducks in a row when it got light enough to do a survey. Just before dawn, I headed out to do the survey at the foot of the lake. One of the sweet things of this lake is that a large slide came off of Yellow Mountain blocking Otsatso Creek and forming Slide Lake. The creek percolates through a limestone boulder field that you hop over. You can see the water moving through the rocks below you.

As I approached the survey site, the light began to break and blossomed into an incredible sunrise full of color. I heard pikas around me but, once again, not in the survey site. The sun began to slice through the clouds and kiss the mountains. I finished up the survey, went to camp for the rest of my gear, and headed back up towards Gable Pass.

On the way up, I did the last two surveys. I saw Pikas near the next site and, finally, had a pika in the survey site during the survey. He eeped at me all throughout the survey which was rewarding. At the other sites, the survey was productive in finding scat and hay piles, but it’s always fun to actually SEE the little critters.

After the last survey, I packed up and headed to Gable Pass and up to the high point. It started to drizzle on me, so I put on more clothes and my rain jacket and headed out. I was greeted by horizontal rain, wind and a rainbow. Typical Glacier. It can beat you up and be incredibly beautiful.

Once I dipped back into the trees, it settled into a steady rain until right before the road when the sun broke through. It maintained the sun for a small window. On the drive home I found gray clouds and plenty more rain. I was happy to be back in the car. 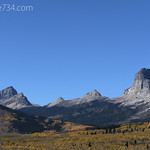 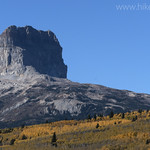 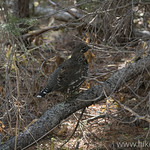 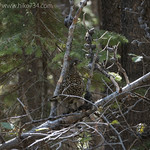 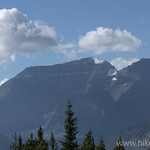 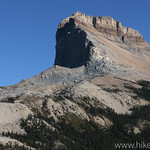 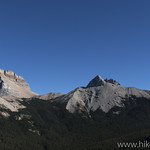 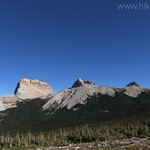 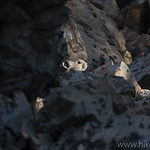 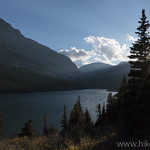 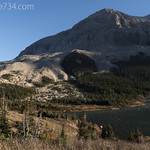 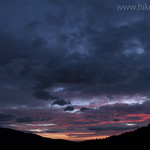 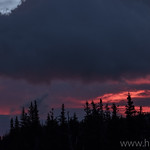 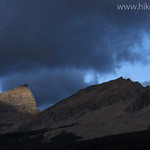 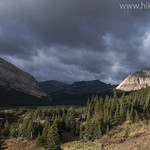 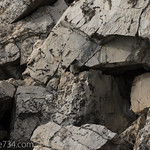 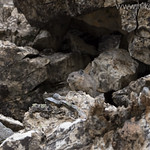 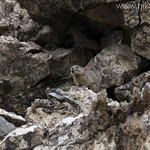 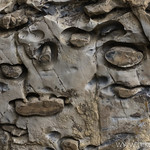 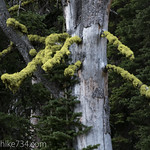 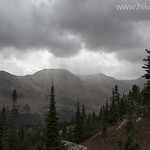 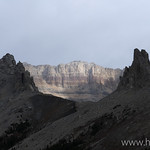 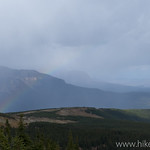 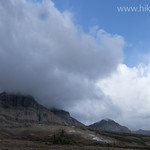 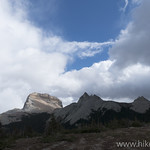 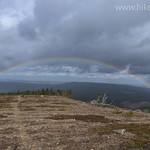 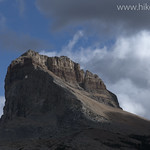