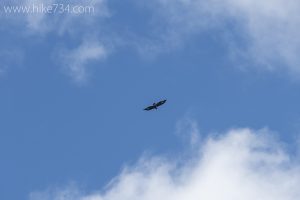 Two weeks had past from my first raptor count when I found myself driving back up to Glacier National Park to do another raptor migration count. While the first trip in late September was a bluebird fall day, we only counted 25 birds. This day in early October was much more dynamic. The clouds were many and moving fast, giving us pockets of sunshine and dramatic skies. At the end of the day, the raptor tally included 205 birds including over 100 Golden Eagles.

If you’d like to get involved in raptor counts, please check out Glacier’s Citizen Science Program or check out your local Audubon Chapter for local hawk watches and other raptor counts. It’s a ton of fun!

After meeting at the Citizen Science offices, we all piled into a pickup and drove up from Park Headquarters area to the Loop. After the slog up to Swiftcurrent Pass, we settled in. On the way up, we saw the couple of resident Red-tailed Hawks that we’d seen on the last trip which included an adult and an immature hawk. We also spotted a couple of Golden Eagles and Sharp-shinned Hawks. It had all the indications of a great day.

Once we settled in and noon officially hit, we started seeing birds. It was pretty steady the entire day with it peaking around 2:30pm. In addition to the raptors, we saw Pine Grosbeaks, Gray Jays, Dusky Grouse and a few Clark’s Nutcrackers. On the raptor side, another special one was a late season Rough-legged Hawk in addition to some falcons and kestrels. 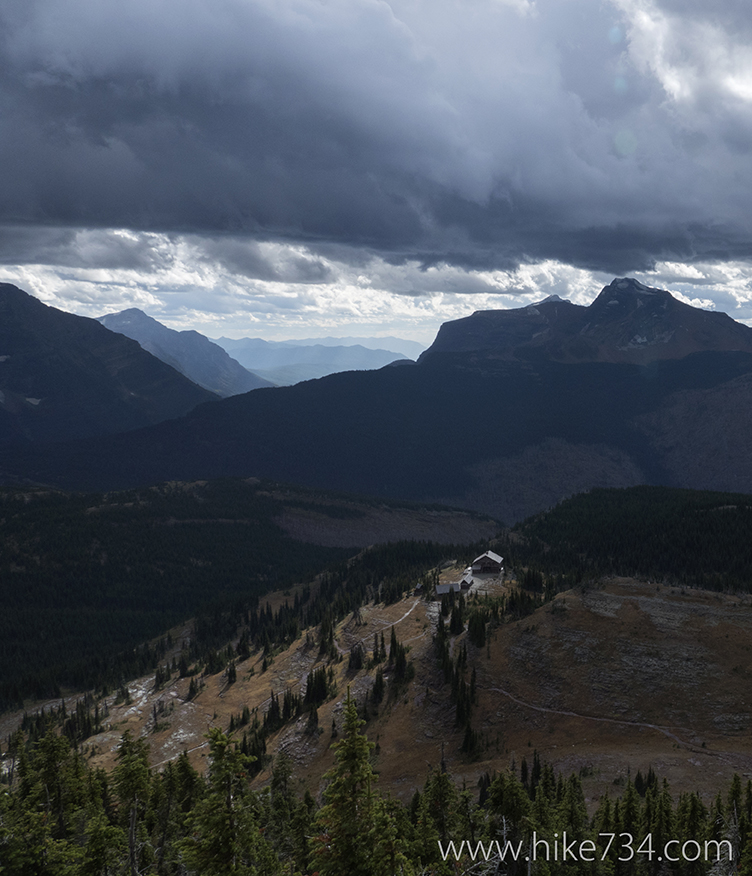