A stretch of the Highline Trail, known as the Northern Highline Trail, that is not seen by many day hikers, is just as impressive as its more popular counterpart. It is used by backpackers seeking to go from Logan Pass to Waterton, complete a loop called the “Northern Circle” or by Continental Divide hikers looking to finish up their trek to Canada.

The southern part starts at Granite Park Chalet and works on the western slope of the Continental Divide as it did from Logan Pass. You pass drainage after drainage with amazing views at the opposing Livingston Range of mountains and their glaciers that look east. These views are aided by fires that have burned the forests as well as the sparse vegetation that occurs at these elevations.

You have two short spurs that are overlooks into beautiful lakes. The southernmost one is at Ahern Pass looking at Helen and the northernmost one is Sue Lake Overlook which peers onto that lake and into the Mokowanis drainage.

Sue Lake Overlook is right above Fifty Mountain Campground, the first backcountry campground you come to. Fifty Mountain is so named for the many peaks you can see from their including Kipp and Cathedral which provides an impressive wall of rock behind you. It overlooks a broad alpine meadow that feeds bears with its impressive glacier lily collection.

On the other side of the meadow, you can see remnants of an old patrol cabin and then you descend into the Waterton valley and back into some trees.

As you descend, you traverse across a slope that has many avalanche chutes which open up to impressive views which keep you from being bored, although things do get a little repetitive when they eventually swallow you up. An unsigned fork in the trail will take you to an old patrol cabin called the Kootenai Creek Cabin, however it’s not the easiest thing to find as this trail is not regularly maintained.

Once at the valley bottom, you pass the trail to head up to Stoney Indian Pass, the cutoff for Porcupine Lookout which is a fantastic lookout as well as a turnoff for Kootenai Lakes. Kootenai Lakes is perfect moose country and many moose take up residence there. It’s worth the half mile or so to get there.

Finally at Goat Haunt, you have the ranger station, customs, a boat dock for the International, shelter cabins for backcountry travelers and the living quarters for customs agents, rangers and trail crew. If your itinerary requires both the trail and the boat, make sure you have the necessary paperwork for traveling between Canada and the United States. 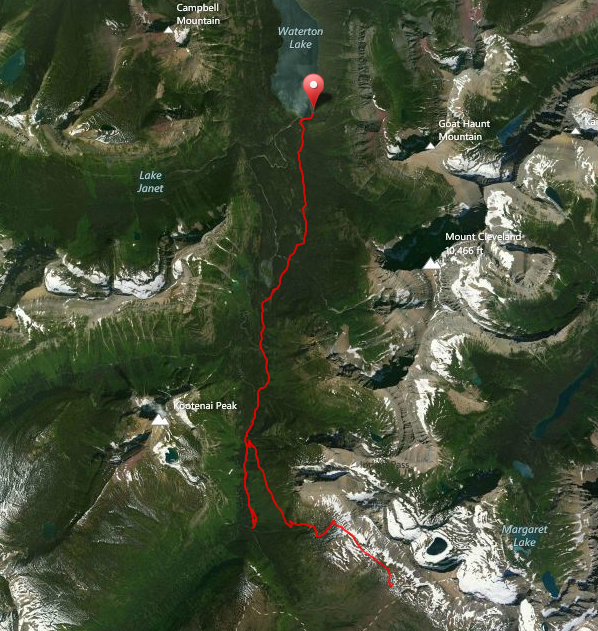 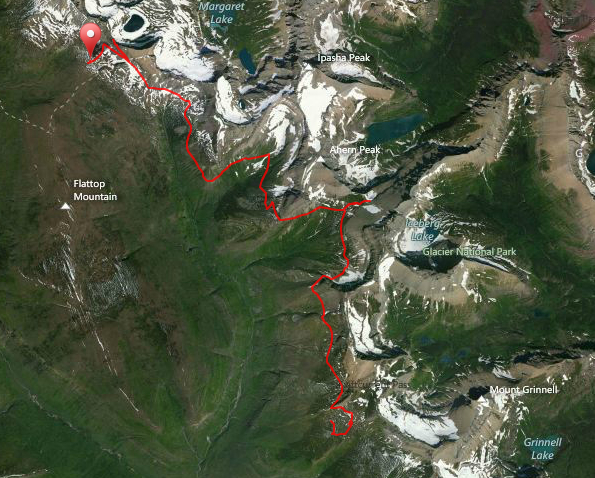