Blacktail Butte in Grand Teton National Park is a forested hill sticking out in the middle of Jackson Hole. This hike gives some really interesting vantages of the area, especially to the south towards the Gros Ventre River and Gros Ventre Range.

Blacktail Butte isn’t on the radar of many hiking books. We stumbled across it as we were driving and realized that it was a hike that wasn’t on our list. We had time to do it, so we hopped out of the car on a breezy afternoon and began hiking.

The trailhead splits right away. Taking a left brings you to the base of a climbing area. We took a right and followed the trail that skirted the wooded ridgeline.

Simply stated, the walking here is wonderful. Views of the Teton Range are breathtaking as you look across the sagebrush meadows. Weather was moving in and the clouds were quickly being combed by the jagged peaks.

We turned into the aspens lining the base of the ridge and began climbing up a steep draw. The trail doesn’t bother with switchbacks, but aggressively climbs up trading the aspens for evergreens.

The upper climber’s trail breaks off to the left. We stayed right and continued climbing where the lovely forest was interrupted by meadows. Upon reaching the ridge itself, our efforts were rewarded with lovely views looking back upon the meadows and the stunning mountains once again.

From here, the trail traversed the ridgeline alternating once again between meadows and trees. As it traversed, when it when down, it was fairly steep and likewise steep as it went up.

It came to a very cool dome with more wonderful views. This spot would be a great spot to turn around, but we knew there was more trail to be had… the trick was to find it.

Upon examination, the trail takes off on the east side of the dome, then continues south through more trees and meadows, eventually popping out to the south end. By then, the sun was completely obscured by the clouds and the wind was cold and whipping.

We worked our way down the steep ridgeline to fantastic views looking south towards the Gros Ventre River. This was backdropped by the wooded ridges of the Gros Ventre Range. Below us meadows and pockets of trees dressed up the hillside.

We stopped at the last little knob and turned around instead of dropping all the way down to the dirt road (which we weren’t sure if it was private or not).

Overall, a nice little surprise for us. It wasn’t a top ten hike, but it was surprisingly pleasant and the views were great… especially for a hike that doesn’t receive any publicity. If you’ve explored a few other places in Grand Teton National Park and are looking for something different, then Blacktail Butte is a great way to get some new vantages. 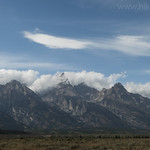 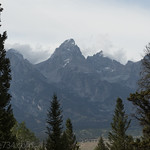 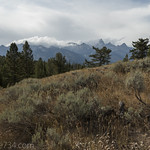 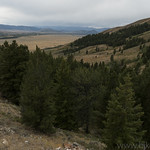 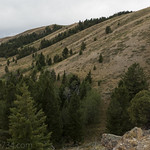 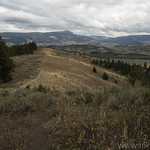 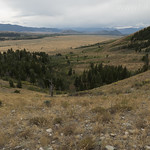 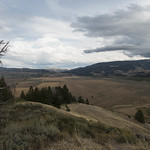 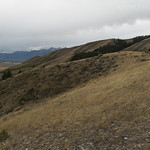 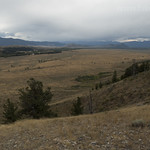 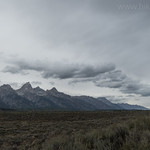 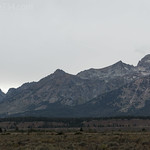