For those looking for a quieter canyon in Grand Teton National Park, the hike up Open Canyon to Mt. Hunt Divide will give solitude with fantastic vantages from the top.

Fall brings with it unpredictable weather. The night before we were to hike up to Mt. Hunt Divide in Grand Teton National Park brought rain in Jackson Hole and a dusting of snow up in the mountains.

We drove up the bumpy (I mean REALLY bumpy) road to the Death Canyon Trailhead and stepped out into the cool morning. We passed through the forest to aspen-lined meadows on our way up to Phelps Lake Overlook which is a destination unto itself.

While the morning wasn’t as warm and sunny as it had been when we hiked Static Peak Divide, Phelps Lake was still gorgeous and we had the vantage all to ourselves.

Moving bodies generate heat and we needed to get going to warm up and to get up to our destination. Before heading up, however, we had to drop down from the overlook which is up on the moraine hemming in the lake.

We skirted the head of the lake passing through meadows and avalanche chutes, but passed the Death Canyon Trail, instead dropping down to the Phelps Lake Loop Trail. From here, we crossed over the stream coming out of the canyon as we entered the trees once again. Shortly after the creek crossing, the trail begins to climb and the trail for Open Canyon breaks to the right.

The trail climbed up away from the lake at a moderate grade giving us occasional, filtered looks back down. The next junction, as we entered into the canyon provides two options to head up into the canyon that reconnect later. We opted for the right fork and came back via the left fork. (One was not more compelling than the other.)

From there it was a lot of forest walking. The ground was covered in fall colors as the leaves traded their green leaves for yellows, oranges, and purples. As we got higher, vantages of Jackson Hole began appearing with views up towards Mt Hunt getting us excited for the high country.

As we passed through open hillsides, we got vantages of some meadows below us. We spied a huge bull Elk bedded down and chewing his cud. I never tire of seeing them.

We continued up along the south-facing slopes through more trees and meadows before dropping down and crossing over the stream that flows through the canyon.

While the south-facing slope had more meadows, the north-facing slope was almost exclusively trees. It was also where we started to gain most of the elevation. Tight switchbacks led to longer traverses, then more switchbacks.

As we got higher, the lodgepole pines of the lower elevations turned to forests of subalpine fir. The forest thinned and stunning views of the surrounding area including the south side of Prospectors Mountain expanded around us. Numerous waterfalls trickled through the dissolving landscape.

After gaining most of the elevation, we began skirting the cliffs below the barren Mt. Hunt. Boulder fields from the crumbling limestone cliffs housed Yellow-bellied Marmots and American Pikas. Last nights precipitation held onto the branches of the scattered trees.

We eventually made it to the divide and ate our lunch. While not panoramic, the views are fantastic with Teton Village (with the tram visible on Rendezvous Mountain) to the south and the rocky ridgeline of Prospectors Mountain to the north.

The jagged cliffs of Mt. Hunt towered over us while the marmots clamored among the rocks, some of which were almost completely black (melanistic). The cold wind kept our visit to a minimum and we turned our gaze down into Open Canyon and headed back down.

On the way back, the sun beat back the clouds and warmed the valley. Phelps Lake glittered in the sunlight and our jackets came off as we climbed back up to Phelps Lake Overlook.

We began to see more people as we approached the lake after seeing only two trail runners up in Open Canyon. You can do a longer loop from the divide by continuing on the trail which drops into Granite Canyon, then following the Valley Trail back to Phelps Lake. That was more of a day than we wanted.

While more forested than some of the other canyons, Open Canyon is a great option for some solitude. It isn’t just forests however, and with a bit of work, you can get some wonderful views and Phelps Lake Overlook along the way. 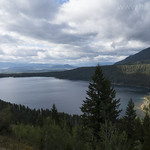 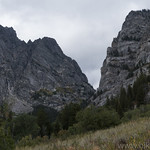 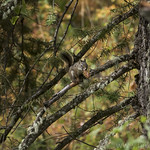 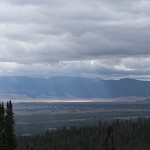 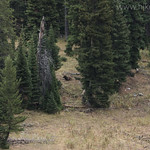 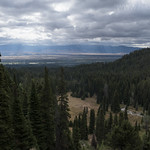 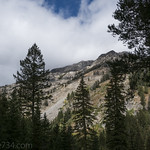 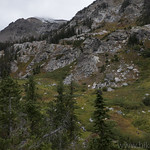 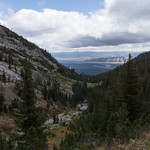 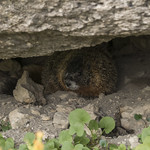 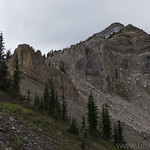 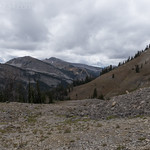 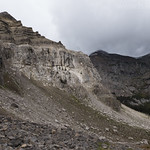 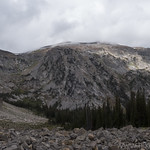 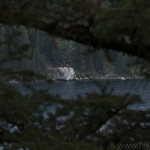 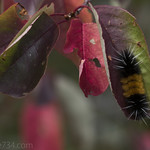 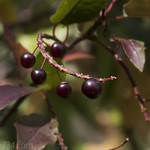 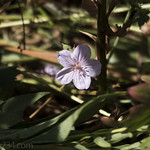