Near the Grand Canyon of the Yellowstone in Yellowstone National Park lies two lakes that are accessible via a pleasant loop that tours through meadows and forests, passing numerous hydrothermal features along the way. Clear Lake is a beautiful, emerald green lake with some hydrothermal activity bubbling from its depths while Ribbon lake is a quaint, lily pad lake surrounded by forests and meadows.

On a cool, foggy morning, I set off on the Wapiti Lake trail towards Ribbon Lake. The beginning of the trail gave me a glimpse of a Red-tailed Hawk and a distant bison as I traversed the broad, open meadow. Off in the distance I could see dense fog rising from the Grand Canyon of the Yellowstone and the bump on the top of Mt. Washburn that was the lookout.

I worked my way past the junction with the Clear Lake trail, of which I’d later return on, and headed up to a rise above a drainage that went out towards the bottom end of the Hayden Valley. From there, I could see the lazy Yellowstone River wander out of the Hayden Valley on its way to the canyon where it would become the iconic falls. As I stood there, I saw a few Sandhill Cranes flying across the valley floor and an Osprey flying overhead on its way to work.

Before dropping down and across this little drainage, I looked up to my left and saw a dark object moving around. It turned out to be a grizzly foraging down towards the valley. I moved up to a better vantage that would allow me to watch the bear and let it see me. I sat for about 15-20 minutes watching it forage around, dig for roots, and pounce on mice and voles.

After the bear passed, I dropped down through the drainage, with my path crossing where he walked minutes before. From there, I walked through a mix of meadows and trees as the terrain changed from huge meadows to forest. Along the way, numerous hydrothermal areas had bubbling mud, steam vents and boiling waters. Another large meadow housed a bison in the distance and a flock of ducks in a pond that boiled in some areas.

From there, the trail entered into the trees and stayed there until Ribbon Lake. Along this stretch, the trail gently moved up and down and had a small pond and wet areas. The meadows surrounding the lake as well as some lily pad sections became visible right before the junction with the Clear Lake Trail. I took the trail up to Ribbon Lake first. More lily pads were visible with Mallards splashing in them.

I crossed over the outlet stream which reached the rim of the Grand Canyon of the Yellowstone and fell thousands of feet as the Silver Cord Cascade. Further up, I hopped up to the rim and saw the bottom of the cascade (the view from the North Rim Trail is the better view). The only way to the lake’s edge is through a campsite, so I politely snuck through the camp, passing a mule deer fawn, to the shores of Ribbon Lake.

Turning around, I headed back down the Clear Lake Trail, passing the trail I’d come in on. Another junction takes you to the South Rim Trail. I took that trail to see another pond and to get another glimpse of the canyon, then backtracked once again to the Clear Lake Trail.

This next section passed another collection of hydrothermal features. More lunar landscapes, boiling puddles and the smell of sulphur. At that moment, thunderstorms that had been building unleashed a quick hailstorm. I hunkered down for about 10 minutes as it passed, then continued on through the trees to Clear Lake.

The trail pops out at Clear Lake and I followed it along the shoreline. A Common Goldeneye swam in the lake, while the lake boiled in another area. The emerald green color of the lake was mesmerizing, and after a few photos and video, I climbed back out of the trees and into more meadows. I passed the trail that headed over to Uncle Toms (the other route for the loop) and continued to the aforementioned junction with the Wapiti Lake Trail.

Overall, a really cool loop. The Grizzly Bear was a wonderful bonus and a treat to be able to watch it just do its thing. The trail is mostly level and great for people of all skill levels. If I only had one shot at the area, however, I might park over at Uncle Toms and do the loop by pairing it with the South Rim Trail, although you’ll miss the great meadows and the view of Hayden Valley. 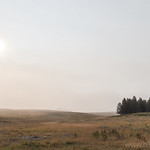 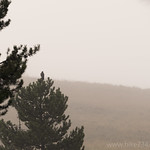 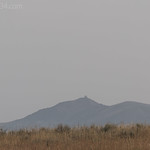 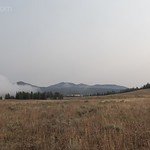 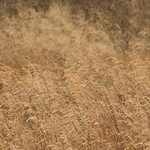 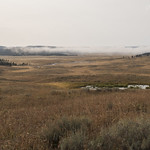 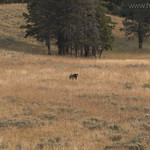 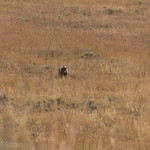 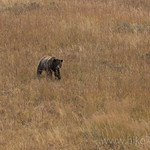 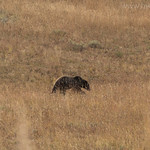 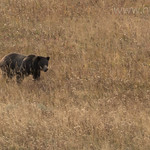 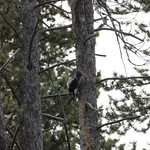 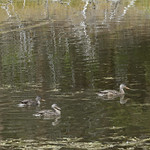 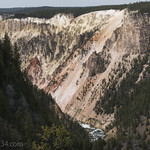 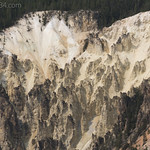 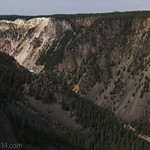 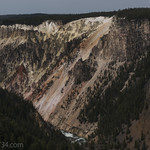 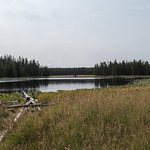 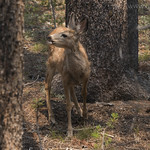 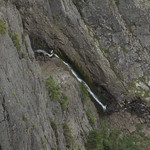 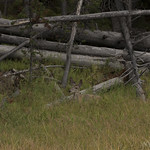 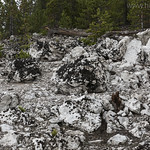 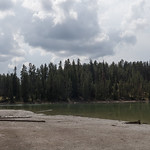 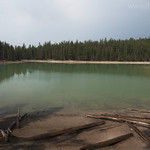