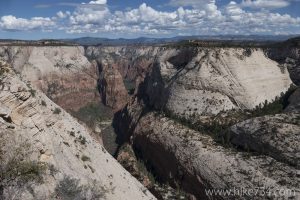 Along the East Rim in Zion National Park runs a trail that goes to three summits that have incredible views down into the main Zion Canyon. While a large part of the trail spends time traversing the high desert, trips to the rim on Deertrap Mountain and Cable Mountain afford amazing views.

Dropping down into the slickrock landscape of Echo Canyon with its large ponderosa pines, then up the impossible switchbacks to Observation Point continue to give variety. Observation Point doesn’t disappoint and the trip down to Weeping Rock goes through Echo Canyon’s slot canyon which can be dangerous when raining due to flash flooding.

We got an early start at the East Rim trailhead and worked our way up the East Rim trail towards Sawmill Spring. Along this old road crossing slickrock and sand, we came across Jolley Gulch which is a fantastic canyon that just drops off below you. We saw numerous birds and even a small Western Diamondback coiled up in the cool of the morning. We traveled up with more and more of Zion’s eastern summits in view getting a bird’s eye view of that area of Zion National Park. After ducking amongst the ponderosas and just past Sawmill Spring, we cut out for Deertrap Mountain and Cable Mountain.

The trail forked and we went left out across the open desert where the trail went up and down as we worked our way out to the rim. This view, seldom seen by the hordes that visit Zion, is incredible. The trail traverses right along the edge giving you views into the main canyon with unique looks at the Zion Lodge and up into the Emerald Pools area. At trails end, the Great White Throne dominates the view with a cool look at Angels Landing. 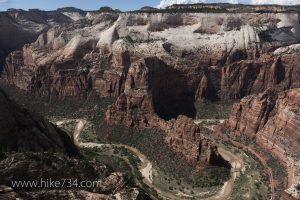 We turned back around and headed to the fork, this time taking it to Cable Mountain. While mostly level, the trail gradually descends to the rim where old equipment from the “log lowering” operation still sits giving you a glimpse into the Park’s past. The view from here is nothing short of breathtaking as you look down onto Angels Landing with the Organ and Virgin River below it. People are like ants on Angels Landing as well as on Observation Point which was our next stop.

On our return trip to the fork, the skies opened up and we got rained, then hailed, on. We were thankful we weren’t in Echo Canyon at the time as it would have been dangerous. It was incredible to see waterfalls suddenly appear at the top of the rim and crash down below. As the water slowed down, we descended into the Echo Canyon area and traversed across more slickrock where ponderosa’s incredulously clung and survived on the rock. 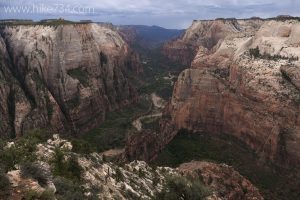 We then took the Observation Point trail that was hewn from the sandstone in crazy switchbacks. Views were plentiful and continued to get better as we climbed. Once at the top of the rim, you could see the point and an easy traverse along the rim brought us there. Views were amazing looking up the Virgin River, across to the West Rim and out to the rest of the canyon. Angels Landing was a small outcropping, dwarfed by the huge red walls.

More rain was heading our way with thunderheads booming and we were tired. We needed to hustle down to get through Echo Canyon before it started flash flooding again. We jogged down the switchbacks as it started to drizzle. We arrived at amazing rock formations of where the trail goes through Echo Canyon. The water was still pooled high and the rain started coming down in earnest, but we were well ahead of the water and thankful that we could scoot right through.

On the other side of the canyon, a waterfall poured over Weeping Rock as it came out of Echo Canyon. The rocks were dark and vibrant with the moisture. We ended up at the bus stop and climbed into the bus after hiking over 27 miles up and down in incredible Zion National Park. 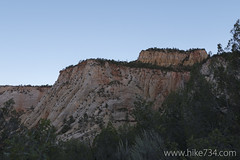 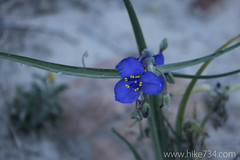 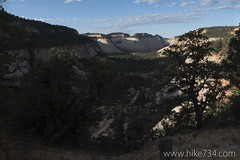 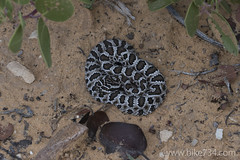 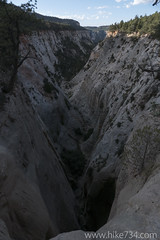 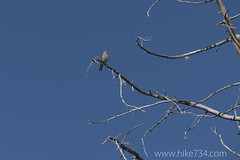 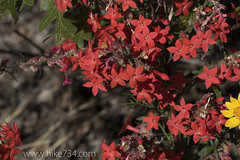 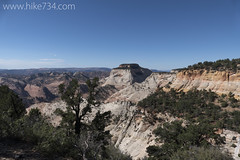 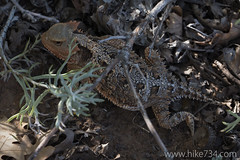 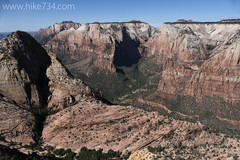 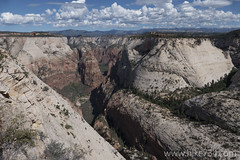 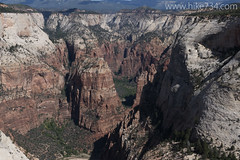 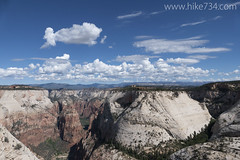 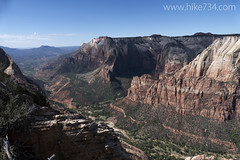 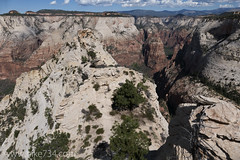 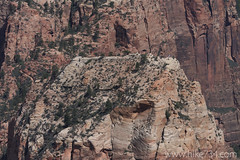 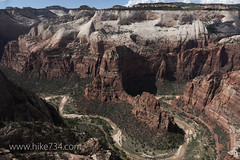 The Organ and Angels Landing from Cable Mountain