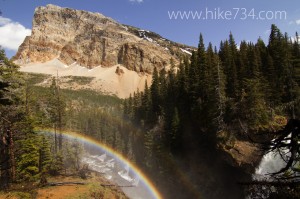 I’ve always entered the Belly River area of Glacier National Park later in summer. Looking at the fields, I knew that the flowers would be beautiful and animals would be aplenty. One of my favorite waterfalls, Dawn Mist Falls, is one of the more powerful waterfalls as it is the entire Belly River pouring over a big drop. I REALLY wanted to see this early in the year. This spring, I had a chance and I took it!

I knew I wanted to head up either to Elizabeth Lake or Cosley Lake and found out the Citizen Science Program needed a loon and mountain goat survey at Elizabeth Lake, so it was settled. On the way in, I spotted a bull moose, a sandhill crane and numerous birds and flowers.

After a chilly night at camp, I arose to the wailing of loons and went to the edge of Elizabeth Lake with a mirror surface. In addition to numerous water birds, I had mountain goats feeding on the hillside and two grizzlies foraging, at first, then engaging in what appeared to be courtship behavior.

Finally, on the way out, I ran into a cow moose and her calf rounding out an exceptional trip! 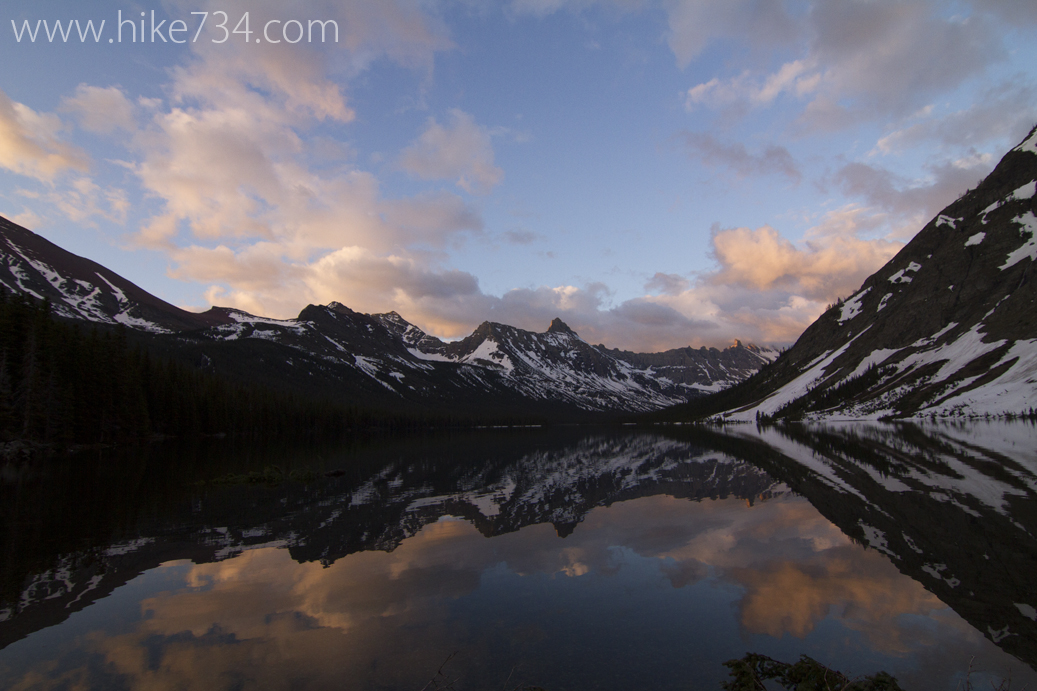