Harrison Lake is a great hike I’ve done a few times. It’s unique in that the most common way to get to the hike is to ford the Middle Fork of the Flathead at the Moccasin Creek put-in. This early in the season requires that you go across in a boat (usually forded in later August). We did just that and hiked the 6 miles to the head of the lake enjoying the birds, flowers and views. You spend a lot of time enjoying the 3 mile long lake.

A little bonus of the trip is an old cabin right where the Harrison Lake trail breaks off from the South Boundary trail. This cabin was the old home of a wild woman named Josephine Doody. According to stories, she murdered a man in Colorado, moved to a town called McCarthyville where she was kidnapped by a park ranger named Dan Doody who ended up marrying her. The two lived there running and illegal moonshine business. This is just a small part of the story that you can read about in “Wild River Pioneers” by John Fraley.

All in all, a great trip with a harrowing float trip on the way out as the water was running really high, but our captain, Brad Butler of Montana Elements brought us to safety. 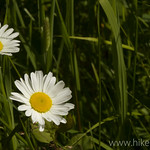 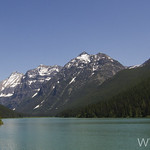 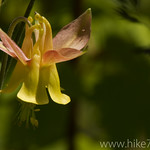 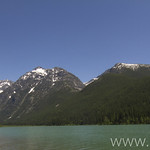