The harried nature of migrations is waning here in the north and things are beginning to settle in. Snow is melting, flowers are breaking ground and bears are emerging. Birds are establishing their territories, building nests and looking to make little ones in their image. It’s for this last reason that we headed up to Howe Lake.

Howe Lake is two distinct bodies of water separated by a marshy stream. The lower lake is accessible right along the Howe Lake trail and frequently features a wide array of waterfowl. Upon arrival, the lower lake did not disappoint. We saw many Mallards and Buffleheads as well as Canada Geese, a male Ruddy Duck, Hooded and Common Mergansers, an American Wigeon pair a female Barrow’s Goldeney, not to mention the non-waterfowl birds such as an Osprey, Mountain Bluebirds, Dark-eyed Juncos and Red-winged Blackbirds. After spending a good half an hour there, we decided to head on up and then off trail to the upper lake.

The upper lake is closed off to the Park’s visitors to help protect the nesting of Common Loons there. Since I was up there for the Citizen Science program for Glacier National Park I was able to go to this second lake. I was up there with Jami Belt, an NPS employee, who heads up the program and Karen Chickering who is on the board of the Glacier National Park Conservancy. The Conservancy helps fund this program and I just love being part of it.

As we came into view of the lake, the Loons saw us and sent out a wail call. We stayed high up on the ridge and watched them for awhile hoping that we could see one of them hop up on the shore and sit on a nest. While that didn’t happen, we did hear them let out a wail call and we looked up to see a juvenile Bald Eagle coming down to the lake. It lowered it’s legs and caught a fish while the Loons voiced their displeasure at its proximity. Loons are a ferocious bird, but one of their only enemies are eagles who like to snack on Loon chicks. Unfortunately, I was recording behavior on paper this time around so I didn’t have my camera out.

The Loons never made it to shore in the hour that we were there which is a good indicator that there isn’t a nest. We weren’t sure if they aren’t nesting or if it’s too early. Someone from the program will come back to the lake later on to see if they have successfully nested. All in all, it was a sweet day to get out. 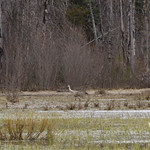 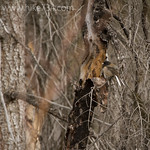 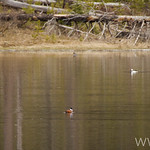 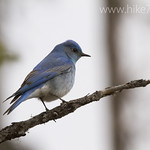 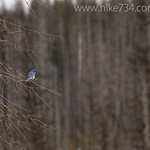 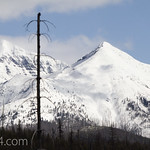 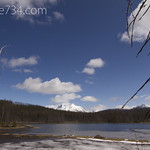 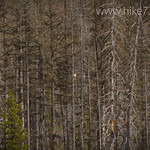 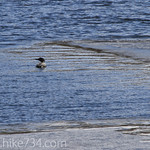 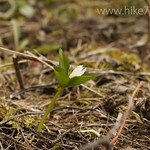