Tucked away in the remote northwestern corner of Glacier National Park is an area known as Kishenehn. Before the North Fork Road existed, a road/trail existed on the east bank of the North Fork Flathead River (now known as the Inside North Fork Road) that went from the Belton Train Station all the way up to Canada. When oil was discovered in the region, a road was built off of this to Kintla. The oil dried up pretty fast, but today, the old road still exists to Kintla, but where it turns off, to the Canadian border, it’s only a trail.

This trail follows the North Fork Flathead River all the way to the border passing meadows, treed areas, swamps, ponds, two creek crossings and a patrol cabin with a bunch of out buildings. It’s truly a wild and remote area and is home to elk, moose, grizzlies, black bears and wolves.

From the patrol cabin, another trail shoots off and follows Kishenehn Creek up to the Canadian border again along the west bank. This too bounces between treed walks and open meadows. At one point, you can cross over Kishenehn Creek and follow the old Kintla Fire Trail which works its way towards Starvation Creek, crosses it and goes up and over Starvation Ridge and drops down to Kintla Lake where it joins the Boulder Ridge Trail. The Kintla Fire trail takes you through swampy areas as well as lodgepole forests and fantastic stands of larch trees.

Overall, this area is fantastic and is another corner of the Glacier National Park that feels truly wild and without crowds. 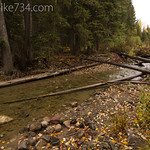 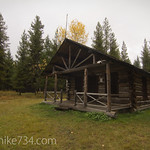 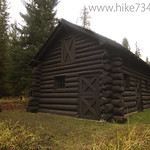 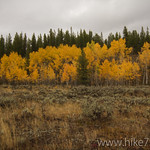 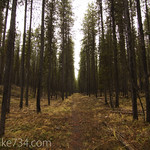 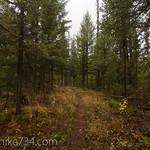 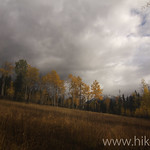 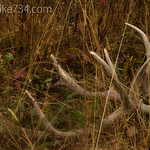 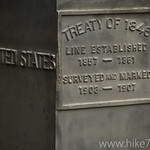