On a crisp morning, late in September, I rolled up to the humble building housing the fine folks that run the Citizen Science program in Glacier. We were heading on up to Swiftcurrent Pass for the annual raptor count during the fall raptor migration that starts in September and continues into November. As if I needed an excuse to get out on a beautiful, autumn day, birding for science put me over the top.

Why count raptors? Birds in general are a great way to get an idea of how things are going in our environment. Through years of bird counts, we have wonderful trending data to see what’s happening. A variation of the “canary in the coal mine”. Apex predators such as cats, wolves, bears, eagles, etc give us another look into what’s happening at multiple levels. For example, by looking at lynx populations, we can also deduce what the overall health is of the snowshoe hare population. Raptor counts are the combination of both bird counts and apex predators. 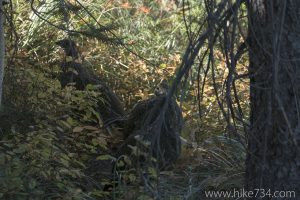 After driving up to the Loop on Going-to-the-Sun Road, we began the morning hike up to Granite Park Chalet and, eventually, Swiftcurrent Pass. On the way up we spotted a Red-tailed Hawk with breakfast in his claws. Further up the trail, a rustle in the bushes alerted us to a Dusky Grouse with three chicks. 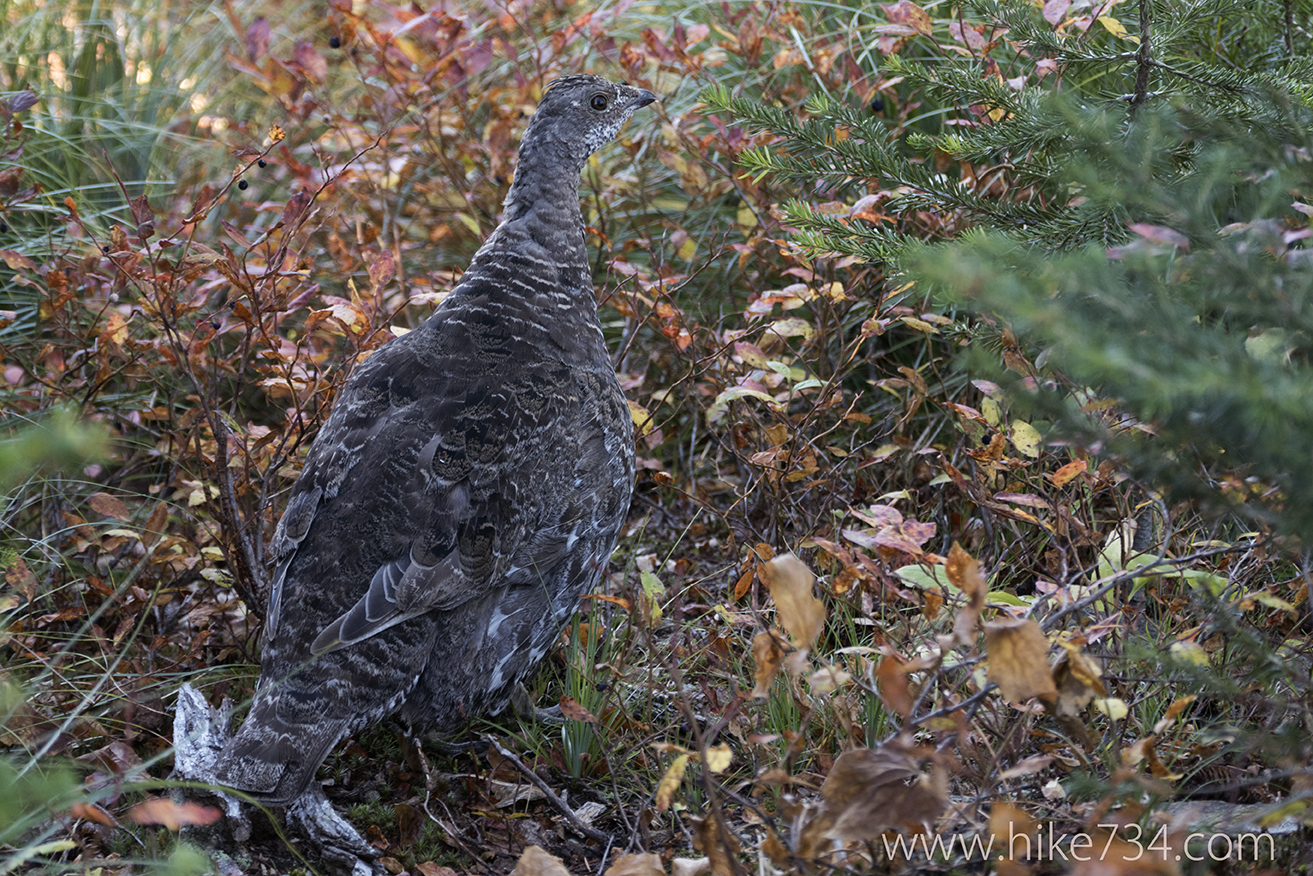 We watched them for a bit and listened to her coo as her large chicks snuck into the background and hunkered down. She remained conspicuously out in the open. 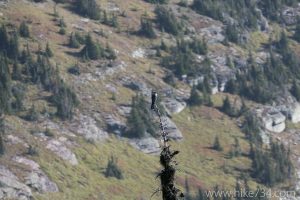 As we approached Granite Park Chalet, we began to see many entertaining Gray Jays flitting around. Did I mention the weather was fantastic? (You really need to check out Glacier National Park in the Fall)

It ended up being a slow day for raptors. We saw 25 raptors in four hours. What we lacked in numbers, however, we made up in variety. Red-tailed Hawks, Golden Eagles, a Sharp-shinned Hawk, Prairie Falcon and, the highlight, a Peregrine Falcon eating on the wing. I’m excited to get out again as the raptor counts peak.