The quiet loop around the beautiful Two Ocean Lake in Grand Teton National Park is a tale of two halves. Along the north shore, you have drier meadows with ample views of the lake, while the south shore is in the shadow of a ridge making for damp, treed walking.

It’s mostly level and a great day hike for hikers of a variety of skill levels.

We had a perfect, bluebird day for our first hike in Grand Teton National Park. Two Ocean Lake is at the end of a dirt road and receives far less traffic than the hikes at the base of the Tetons. We decided to hike the lake counter-clockwise and bounced between the open meadows with great views of the lake, and open, airy forests of aspen, pine, and fir. The Tetons reflected in the lake on a calm morning. Late summer flowers were still blooming such as Sticky Geraniums and Fireweed. We didn’t see any larger animals, but did see ample birds both in the trees and in the water as well as a few squirrels.

As the trail traversed the north shore, the perspective shifted. A flock of American Wigeons as well as Common Mergansers floated in the lake. Some of the meadows were dominated by sagebrush. We crossed a few feeder creeks which were often surrounded by tall willows and evergreens.

The trail worked its way along the much more densely forested south shore. Here, views were much more limited. The trail switchbacked up and away from the lake, then dropped back down. Occasional meadows brought views of the lake again, but the predominate view was a cool, damp forest. Flowers such as Red Baneberry and Woodland Pinedrops were found.

After cruising for a few miles, we made it back to the trailhead. The hike around Two Ocean Lake offers a nice variety. While not the most dramatic hike, it’s beautiful and quiet compared to other hikes in Grand Teton National Park.

Also note that the dirt road accessing the trailhead is not too bad for a gravel road, but it does have a few sections of washboard and potholes. 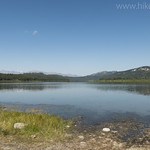 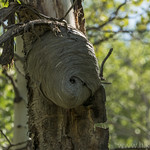 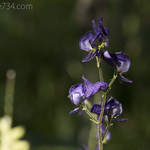 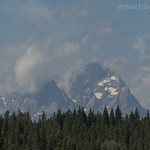 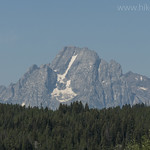 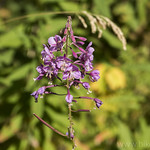 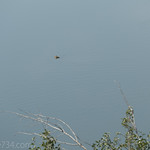 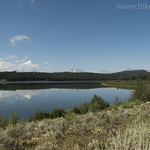 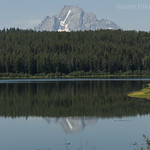 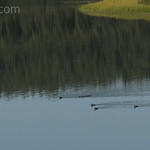 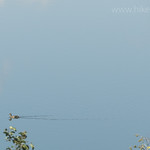 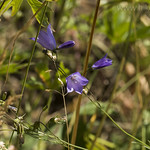 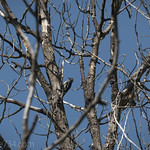 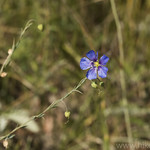 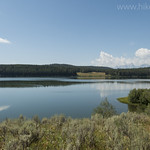 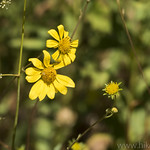 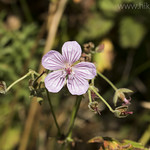 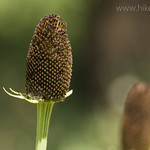 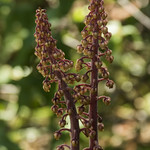 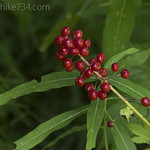 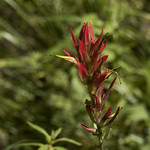 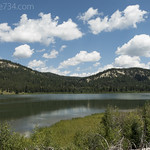 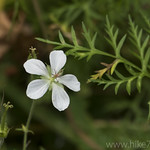