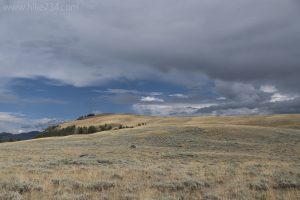 As I started out at the Specimen Ridge trailhead, a mostly cloudy sky tried to put a damper on my day. Expansive views of sagebrush meadows filled with birds, however, let me know that today was going to be great. Not long after walking across the meadow, I spotted a pronghorn antelope which was to be the first of many. 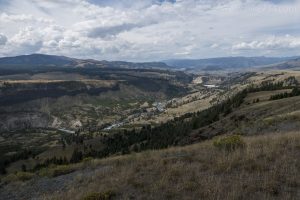 The trail worked its way up through the meadows and through some trees at the flanks of the ridge. It popped out below the ridge at the junction with the Yellowstone River Picnic Area trail. A right here along that trail would take me along the river and forms a nice loop with a short walk along the road. I went up the ridge instead, but would return on this sublime section of trail.

From the junction up to the ridge, it is nothing short of steep with sections of loose footing. I made it up the steep switchbacks stopping frequently to enjoy the amazing views getting better with each step. I reached the flat plateau and began the long and wonderful traverse over it. This trail is very popular with bison and it frequently spreads out into multiple trails. The plateau is flat for a ridge, but it isn’t level.

I climbed for a bit before breaking off at the signed junction for Agate Creek. This trail traverses below the ridge trail and passes a few green meadows and water holes. I passed a few solo antelope and bison and a couple of herds of both of them. Elk shed their antlers in the spring and they were all over the place. While I didn’t see any elk, I knew that it was just the time of year.

After a little stint through some trees, I followed the trail down as it very steeply descended towards the Yellowstone River. This section passes through trees and open meadows with some nice looks down onto the river. The birding through here is great. The trail, however, is a lot of work. You pass a campsite right before getting to the confluence of Agate Creek and the mighty Yellowstone River. It’s a nice place to sit, but may not be worth the effort.

I then climbed back up and the clouds were threatening. I finally made it up to the ridge to thunder claps which made me nervous as I had no desire to be up there during a storm. Fortunately, the clouds passed to the east and the sun came out. On the way back along the ridge, I spotted a male antelope and watched him for a bit. I also wanted to get a view of the valley where I was parked, so I left the trail to the edge of the ridge and was treated to a fantastic view of the valley where the Lamar River snakes through. From there, I could see cars passing, bison grazing, and some antelope working through the trees.

There were also a handful of small forest birds such as the White-breasted Nuthatch and House Wren that made it even better. I spied some petrified trees on a shoulder of the ridge which was helpful for a hike I did a few days later.

As I turned around to head back down, the antelope buck had wandered over to a doe and was following her around. I watched them for a bit, then noticed their keen interest in the meadow. I eventually spotted the same coyote they were looking at. It decided to make chase of the much faster antelope, perhaps testing them for their health. These two easily scampered away. The coyote lost interest and trotted over to some sage where it dove in, apparently finding something else to pursue. 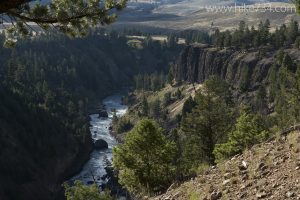 From there, I dropped off of the ridge to the Yellowstone River Picnic Trail. This trail starts with a few filtered views of the Yellowstone River. It then broke out to unfettered views of the river looking upstream. I followed the river downstream along the trail from a perched view. The trail stays true to the river and I enjoyed the almost constant changing views of the river as it entered into the tower lined canyon. Near the rim of the canyon, square, basalt columns formed a wonderful rim which contrasted the  “box of crayon” look of the round towers.

As the river wound through the canyon, steam vents and varied patches of hydrothermal activity created even more variety. The trail comes to a junction where you can either take the trail on a steady grade down to the picnic area or stay up on the ridge where it follows it, then steeply descends. I did the latter. I would recommend at least walking the rim, then either turning back or descend the steep ridge.

Either way, you make it back to the picnic area. From here, I walked along the road back to my car. It was a fantastic hike that I’d do all over again, save the trail to Agate Creek. In the future, I’d like to walk to Amethyst Mountain and maybe all the way to the Lamar River Valley. 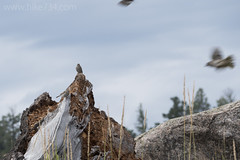 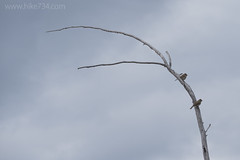 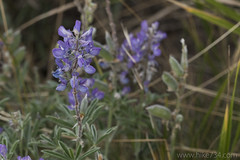 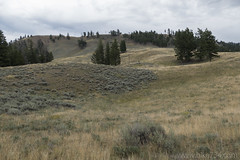 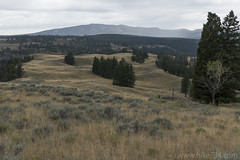 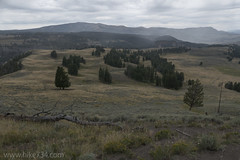 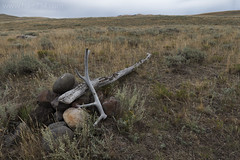 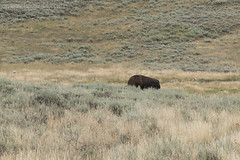 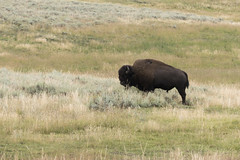 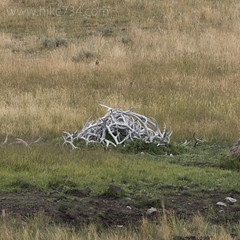 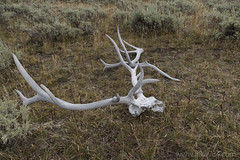 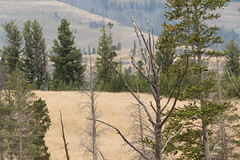 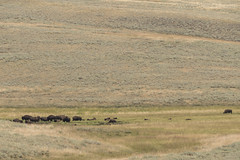 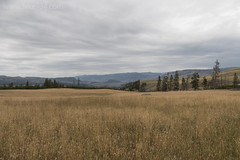 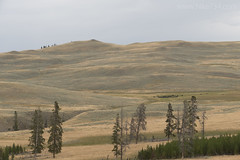 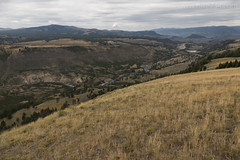 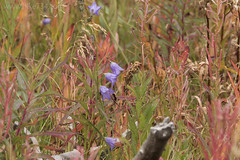 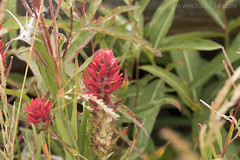 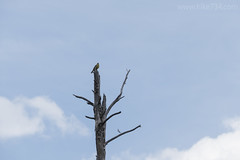