The trail from the Lupine Meadows Trailhead in Grand Teton National Park forks to two wonderful alpine destinations. The north fork heads to a pair of beautiful alpine lakes tucked beneath the rugged, rocky summits, Amphitheater Lake and Surprise Lake, while the south fork wraps around and up into Garnet Canyon. This canyon is a great destination in and of itself and also serves as the launching point for those looking to climb to some of the Teton Ranges summits.

The dusty Lupine Trailhead is a busy one so an early arrival is important. From the trailhead, Teewinot Mountain towers overhead and gets one excited about the hike to come. While we didn’t arrive super early, we still had a parking spot in the gravel parking lot. Our goal was to hike up to Surprise Lake and Amphitheater Lake, then come back down to the junction that leads up Garnet Canyon.

Our walk started out in a pleasant forest and crossed a stream before turning up to start to climb. The trail followed a ridgeline up with occasional views of the summits overhead as well as a broad view of Jackson Hole. We reached a junction with a trail that lead down to Bradley Lake and Taggart Lake, but our destination was up to alpine lakes. The trees began loosening their grip giving us greater views.

Someone coming down let us know that a black bear was ahead of us. Normally, that means that we won’t come across whatever animal they said we might see, but in this case, the bear was still feeding on service berries… and she had two cubs! A few people had joined us, so we took our big group and quickly went around the bears which paid us no attention and we continued on.

We went up with some really great views of Bradley Lake and Taggart Lake, and passed the junction with the Garnet Canyon trail. We would come back to this trail and take it later in the afternoon. From here, we continued up to the lakes where the flora changed from the lower elevation flowers and trees to higher elevation plants like Elephanthead and Whitebark Pine. The trail began a long series of short switchbacks with more views out and from a higher vantage.

Eventually, the trail leveled out and we headed towards our first lake, Surprise Lake. This lake is the smaller of the two. A social trail wraps around the lake where we passed Dark-eyed Juncos feeding on insects along the lake’s shore. As we traveled around the lake, we got amazing views of Teewinot Mountain, Mount Owen, and the Grand Teton. A sweet vantage looks south, down into Garnet Canyon. A family of Peregrine Falcons were calling and dive-bombing each other from above.

We returned to the trail and traveled the short distance up to Amphitheater Lake. This lake had quite a few people up lounging along it’s boulder-strewn shoreline despite the effort required to get there. It was tucked below massive, gray, rocky cliffs from the many impressive summits of the Tetons. Pikas “eeped” from the rocks. We walked to the north end of the lake and had lunch.

The biggest disappointment was someone had brought a drone along with them which is illegal to fly in the National Parks. They launched the drone and flew it all around the area disturbing everyone including the falcons which disappeared for the rest of the day. A few people phoned into the park service and I’m assuming that they were greeted by law enforcement when they arrived back at their vehicles. The moral of the story is that it greatly impacts other’s experience and the wildlife of the parks. Know the rules before you go.

After lunch, we took a climbers trail up to a saddle on the north end of the valley. From there, we could look down into this canyon and another great vantage of the mountains. I spotted a Pine Grosbeak and a Ruby-crowned Kinglet while up there which was a nice bonus.

From there, we headed back on down to the aforementioned junction and took the Garnet Canyon Trail. That trail initially gained some elevation, but leveled off before wrapping around, and up into the canyon. Just before we turned in, we had our best view of Bradley Lake and Taggart Lake which were created by the glaciers that came from these mountains and left moraines that trap the lakes. You could see these wooded moraines from above.

We turned up into the canyon and walked amongst the boulder fields. We finally got to see a few pikas as well as a Golden-mantled Squirrel. The creek coming out of the canyon echoed off the walls creating a wonderful roar. A waterfall appeared below while peaks towered above. A couple of switchbacks contained most of the elevation gain before the trail intersected the creek and a campground.

From here, climbers take off and scramble over boulders to reach summits visible such as Middle Teton, and obscured such as the Grand Teton. We filtered some water and headed back down. On the way out, we came across a Dusky Grouse crossing the trail and a Mule Deer grazing on the grasses. It was a big day hiking up in the alpine sections of Grand Teton National Park, but Surprise Lake, Amphitheater Lake, and Garnet Canyon are all worth it as one or two trips. 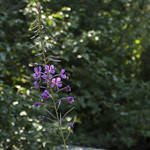 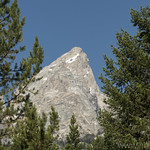 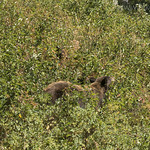 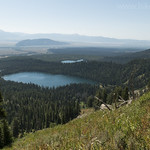 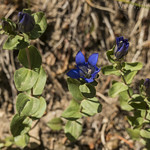 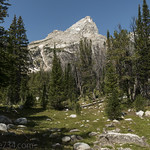 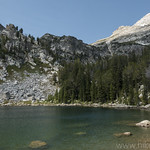 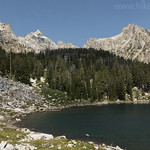 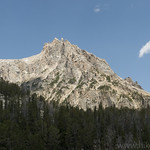 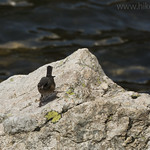 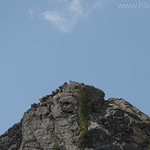 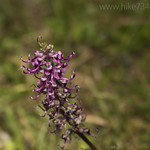 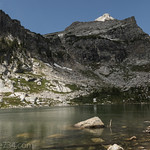 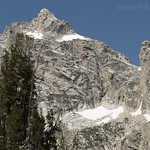 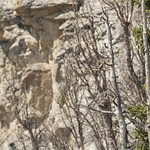 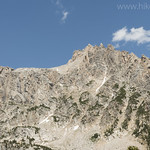 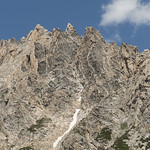 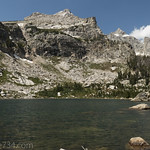 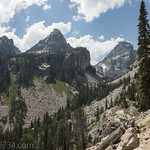 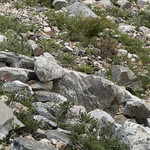 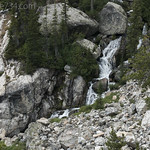 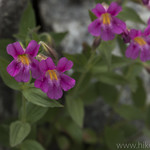 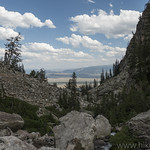 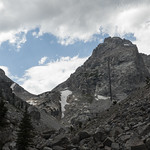 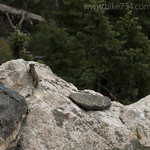 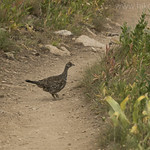