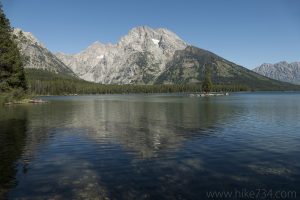 The chain of lakes at the base of the Tetons beginning with String Lake, then progressing through Leigh Lake and Bearpaw Lake, all the way to Trapper Lakes in Grand Teton National Park is a wonderful level walk with loads of variations for all sorts of hikers. Each lake is unique and can make for a short or long day.

The parking lots for the trailhead for String Lake and the other one for Leigh Lake fill up fast, so we made sure we arrived early to to the Leigh Lake trailhead to get a spot. We set out along the String Lake shoreline on a perfectly calm morning. The lake reflected the mountains and the few folks on stand-up paddleboards and kayaks.

We walked along to the bridge that goes over the creek separating the two, but stayed on the east shorelines. The trail forks just past this junction. One goes through the trees to the eastern shoreline, while one goes the the portage put in for Leigh Lake. We opted for the latter which led to a wonderful view of Leigh Lake in similar mirror fashion.

From there, we followed the shoreline with filtered views as it wrapped around and turned north. The trail stayed true to the shoreline with filtered views of the lake. There were numerous accesses to the lake itself with its splendid morning views. As we worked our way north on the level trail, the wind gradually began to pick up giving the surface some ripples and losing the mirror surface.

After passing a few campgrounds, the trail got towards the north end of the lake. The trail was a fire line with the lake and trees on the left and the burnt forest on the right. A few erratic, huge boulders left by glaciers, stood out among the stands of dead trees.

As the trail wrapped around the lake and headed west, it passed through a wide open meadow where we saw numerous hawks and eagles. Mt. Moran stood tall in front of us as we approached a junction. At the junction, a left led to the shore of Leigh Lake which we took on the way back. This time, however, we took a right to go to Bearpaw Lake.

This little side trail dropped slightly towards the lake, entered the forest and emerged at a campground to the shores of this quaint little lake. After a few photos, we returned to the junction and took it west towards Trapper Lake.

Initially, the trail spent some time in the open meadow, then dropped into the trees. It passed over a couple of feeder streams that flowed into Bearpaw Lake, now on our left. There were a few filtered views of the lake and a last overlook before heading up and over a small rise towards Trapper Lake.

After a bit of forested travel, we arrived at Trapper Lake. Each lake along the journey is unique, and this one was definitely unlike the others. Tucked below a forested shoulder of Mt. Moran, this lake has a beaver pond where the stream comes into the lake. On the opposite side of the lake, a reedy area creates some nice habitat for birds and perhaps moose.

A wonderful knoll served as our lunch spot where we looked up on the hillside at the avalanche chutes and saw a bull elk step out into the clearing to feed. After watching him disappear into the tall vegetation and us finishing our lunch, we headed back.

As we traveled south along Leigh Lake, the afternoon breeze made the lake choppy and gave it a more mint-green color. Once we arrived back at the bridge over the creek connecting Leigh Lake and String Lake, we crossed over the bridge. The trail continues level through the trees briefly, then begins to steeply climb. Along the way, a pond becomes visible below which seems perfect for moose as well (trampled vegetation later lends more credence to the theory that moose spend some time there).

The trail stops climbing once it reaches the Paintbrush Canyon trail. From there, it’s a gradual decent through some trees, then an avalanche chute. As we crossed through there, numerous aspen were broken in half from the previous winter’s carnage. String Lake comes into view and the warm afternoon brought out many people splashing in its waters.

The trail wrapped around the southern end of the lake, past the junction for Jenny Lake, and rejoined the lake on its eastern shoreline. From there, we passed those enjoying the lake with many spots to view the lake backdropped by the mountains. This section of trail was paved, but a bit worn and needed some love.

We eventually made it back to the Leigh Lake trailhead and hopped in our car. The trail is a mostly level affair with many options depending upon what kind of day you want. You can just stop at String Lake, do a loop, visit both String and Leigh Lake, or add in the quieter Bearpaw Lake and Trapper Lake. All of them are picturesque below the Teton Range. 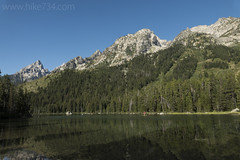 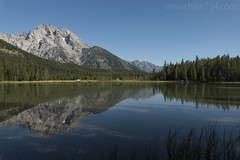 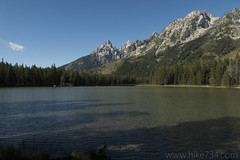 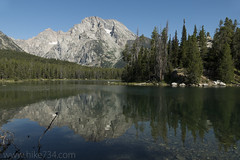 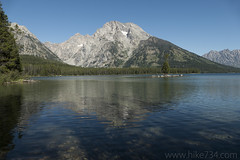 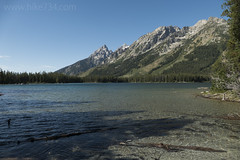 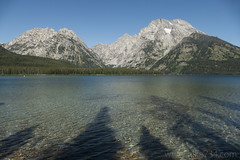 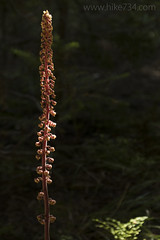 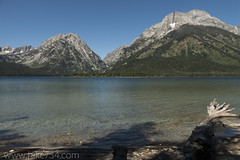 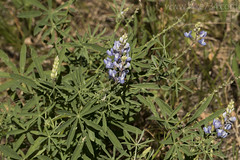 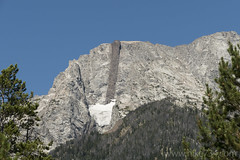 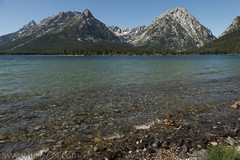 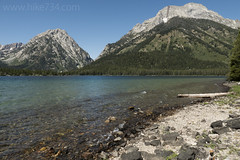 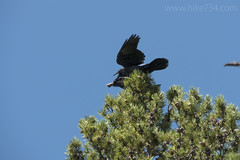 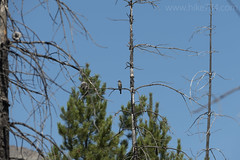 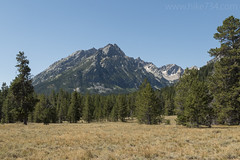 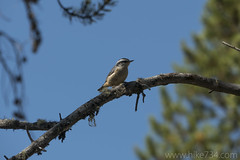 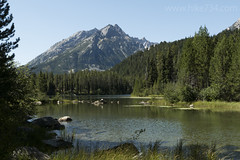 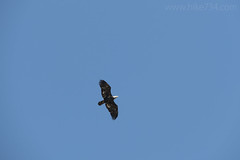 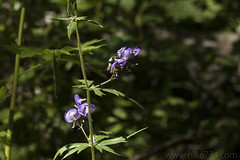