Angels Landing is pushing the limits of what a “hike” is. This walk/climb along a knife edge ridge in Zion National Park is incredible. Even if you don’t make it out to Angels Landing, the hike up to Scout Lookout is worth it. It too has incredible views and allows you to make the decision to hold onto some chains as you climb up to this epic viewpoint in the middle of the canyon.

During a trip this spring to drop off my Day Hikes of Zion National Park, we made it out onto the trail a couple of times. One of the hikes we had to do again was to climb Angels Landing. We got up early and took one of the first buses to avoid the larger crowds that soon followed. We got to see some fun birds and flowers down below. We welcomed the warm sun on our face early in the morning as we came up out of the chilly Refrigerator Canyon to Scout Lookout. This spot has great views and is a worthy destination if heights are paralyzing to you.

The climb was amazing along the knife-edge ridge and we shared the top looking up and down the Virgin River with a small handful of people. We then turned back down to Scout Lookout and continued along the West Rim trail and skirted the top of Refrigerator Canyon to get a birds eye view of Walters Wiggles, the famous switchbacks. While up there, we had a California Condor fly over our head and soar for a bit which was incredible.

Angels Landing in the Morning 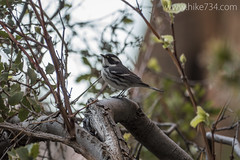 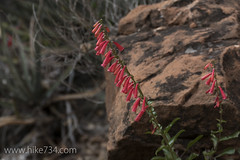 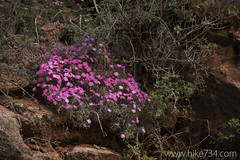 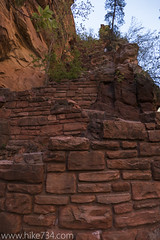 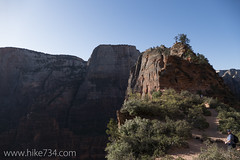 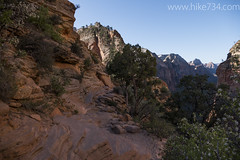 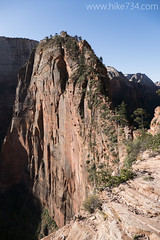 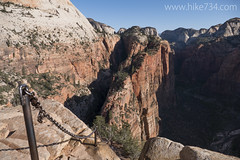 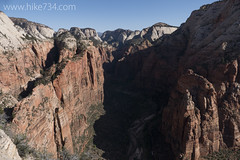 Virgin River coming out of the Narrows 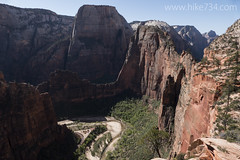 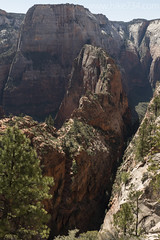 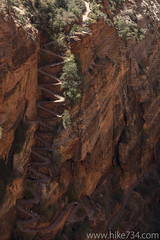 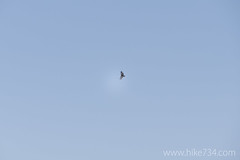 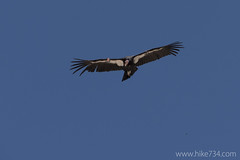