Access to Cave Falls and Bechler Falls in the Bechler area of Yellowstone National Park requires a long drive on a gravel road, but gives you easy access to these beautiful waterfalls. Cave Falls is at the end of the road right at the parking lot while Bechler Falls is a short, fantastic walk along the Falls River, then the Bechler River. The trail is level making it great for the beginner hiker.

After a long drive from Ashton, Idaho on a gravel road, I made it to the Cave Falls trailhead. Cave Falls is a beautiful waterfall that pours over a shelf on the wide Falls River. There was no mistake made when they named the Falls River. It is one beautiful cascade after another. They only name the bigger cascades and waterfalls, but you are delighted around every turn.

This river, while lower in volume (sound and water capacity), is still the wonderful cascades due to the volcanic rock forming the riverbed. The forest here was cooler and featured more spruce trees in addition to the lodgepoles. The trail briefly left the edge of the river, climbed a little bit, giving a view looking down to the river, before descending to the water’s edge at Bechler Falls.

I sat and had lunch with an American Dipper who dipped, foraged, and dove for an aquatic insect lunch. After eating, I got back on the trail and followed the river where it slowed down just above the falls. The trail left the edge of the river, following a meadow that looks like an abandoned riverbed, then rejoined upon one of the more serene stretches. I could have sat in the warm, September sun along this river’s edge for days.

Eventually, however, I came to the junction with the Bechler Ranger Station Cutoff Trail. Since I was doing a loop, this was my exit. I took the straight trail through the trees towards the Bechler Ranger Station. The trail through here is more of a utility trail and lacks in notable features. It’s a pleasant forest with occasional, filtered views of meadows before crossing a log over Wyoming Creek and arriving at the ranger station.

I had to ask the rangers there where the South Boundary Trail started and they pointed me over to the corrals. Following them on the right side led me to the south boundary trail that runs the length of Yellowstone National park. This, like the cutoff trail, spends much of it’s time through the trees. I found a downed log to cross over Wyoming Creek again, avoiding the ford. Some wonderful open meadows interrupted the trees.

The trail continued to the boundary where it traveled straight along it. Orange markers and boundary signs lined the straight trail going gently up and down the landscape. The road came into view and the Falls River made a few appearances beyond that through little windows in the trees. I eventually made it back to the parking lot, took one last look at Cave Falls, then headed to my campsite at the National Forest campground along Falls River… which was AMAZING!! Most of the campsites are right along the sublime Falls River.

Overall, this hike is great for just about anyone. I would probably just recommend walking up to Bechler Falls, then following the Bechler River up further until you wanted to turn around. I wouldn’t bother with the loop unless you really wanted to do it, or like solitude through the trees. If you like to fish, I’d bring a rod as there are numerous places that looked perfect to throw a fly. Even if you don’t hike, the trip to Cave Falls is worth it. If you can only hike on level trails, take the trail to Bechler Falls in Yellowstone National Park. You won’t regret it! 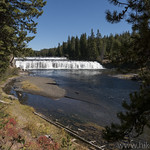 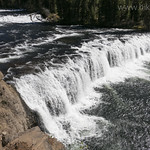 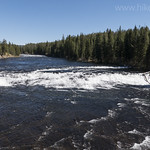 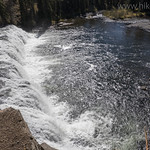 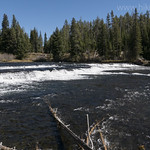 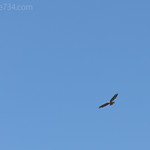 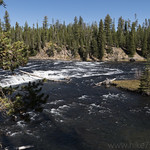 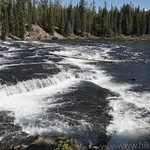 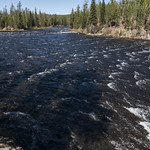 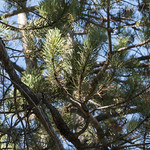 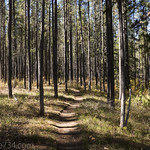 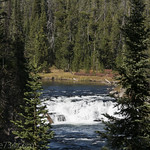 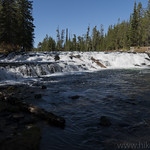 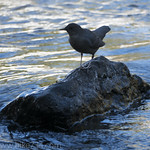 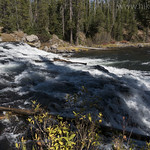 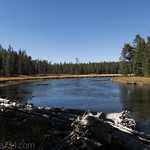 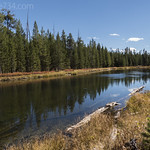 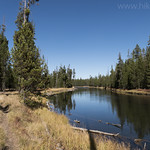 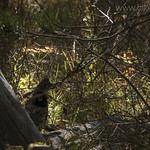 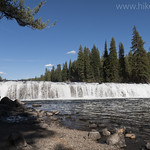 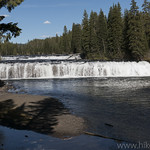