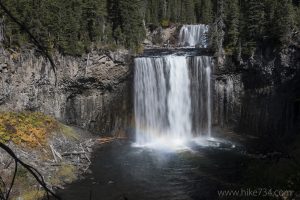 Colonnade Falls in the Bechler area of Yellowstone National Park embody the reason why this area is called “Cascade Corner”. It’s a long, level day hike to get to these falls, but you are treated to a two stage waterfall and another bonus waterfall called Iris Falls (which I LOVED!) 1/4 mile up the trail.

The day hike to Colonnade Falls and Iris Falls is a big one, so I got started in the cool dawn of a September morning at the Bechler Ranger Station. From there I traveled through the airy forest for a bit longer than I was expecting. I was excited for the broad meadows and animals that I might find, but found myself in the company of the occasional squirrel and Ruffed Grouse.

The trail travels on a slightly elevated knoll that remains dry compared to the more marsh-like meadows. These meadows could be occasionally seen, filtered through the lodgepole pines. Eventually, I dropped down into the meadows by crossing over a really cool bridge over Boundary Creek. From here, I traversed through the broad meadows.

Bechler Meadows are basically a flat area that are marshy in the spring. They dry out throughout the year but, even in September, there are many “squishy” sections. I was able to successfully navigate all of them, but some required a bit of walking around and a leap or two. A couple of larger feeder streams were navigable by some perfectly placed logs and I continued through the meadows, interrupted by a few small stands of trees. Views to the south showed the western side of the Teton Range. (As an aside, numerous spider webs were floating through the sky in what appeared to be the hatching of spiders who let their webs act as parachutes to take them to new locations… I ended up with a cloak made of webs.)

I eventually made it to the Bechler River and my first river ford of the day. While still, chilly, the river is much more tame later in the year. For anyone wanting to do this trip earlier in the year, a visit with the rangers is highly recommended to assess the viability of the crossing. This crossing has a softer bottom with smaller rocks than the Rocky Ford crossing which I did later on, but it was knee deep and easily navigable.

From there, I continued on through another large meadow, then through the trees paralleling it, before the trail dove into the trees as it turned up into the canyon. I really loved this section as the trees were beautiful, the boulder fields had pikas, and I spent time along a more lively section of the Bechler River. Across the way, I saw Ouzel Falls cresting the rim of the canyon (later seeing a Water Ouzel which is now known as an American Dipper).

This section began a nice, steady climb through the fall colors with the dark blues and aquamarines of the river until I could hear the falls. A small spur trail goes to an overlook giving you a perfectly framed view of Colonnade Falls. It’s a two tier waterfall with the top tier falling about half the length of the closer bottom tier. It’s beautiful and powerful. The midday sun was at my back and graced the waterfall with a small rainbow.

I followed the trail further up passing near the top of both the lower and upper sections giving sweet views of both. Approximately 1/4 mile up the trail, I got a faint glimpse of Iris Falls. Initially, it looks neat, but not spectacular. That is because it’s obscured by a peninsula that juts out. You can walk out on that peninsula and get a straight on view of the falls… and get sprayed by mist the whole time. This waterfall is just a single tier, but it’s wider and has a great spot to sit and have lunch.

Both falls were fantastic and I never wanted to leave. I still had about 10 miles left, so I begrudgingly turned around and worked my way back towards the Bechler River ford. Instead of fording here, however, I headed south on the Bechler River Trail. I was hoping to spend a bit more time along the river, but it leaves the river fairly quickly to head up along the foothills, going up and down the little ridges. Numerous small streams flowed between the ridges and I was able to navigate all of them without getting my feet wet.

Eventually, I came along the river again and needed to ford at the Rocky Ford. It’s named so because of the large, blocky boulders that form the riverbed. This ford was a bit trickier, although not super challenging late in September, but it still came up to mid thigh. The footing was funny and I wouldn’t want to attempt it when it was any higher than I was experiencing it.

Once on the other side, I followed the Bechler River downstream. While it spent some time away from the river, it spent ample time along the banks, including the sublime slow section that lazily bends and reflects the surrounding scenery perfectly. After a large, wide bend, I reached the Bechler Ranger Cutoff Trail that I’d taken the day before and cruised through the trees to the Bechler Ranger Station. Tired, but happy. 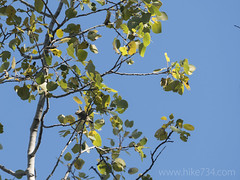 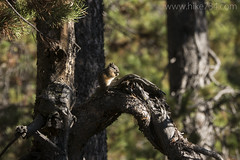 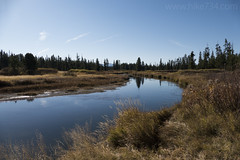 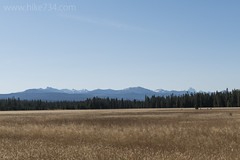 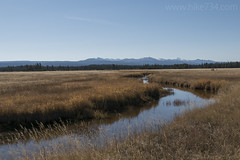 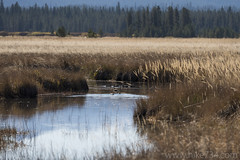 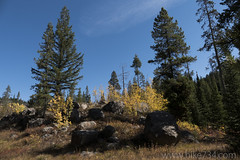 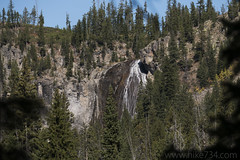 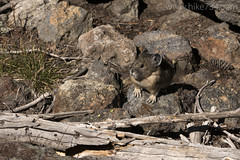 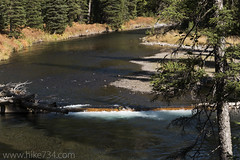 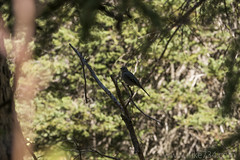 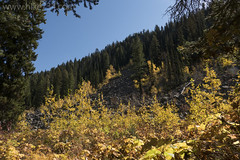 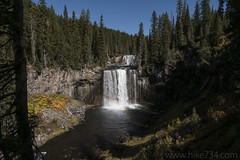 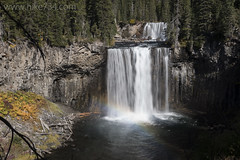 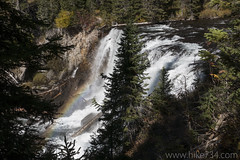 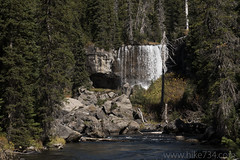 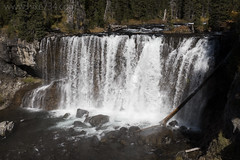 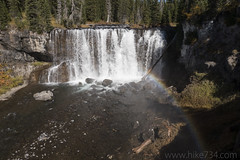 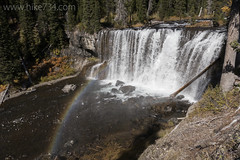