While not the largest lake in Grand Teton National Park, Jenny Lake is the most loved. The walk around the lake makes it obvious why. This crystal clear lake is backdropped by the jagged Tetons, features a wonderful overlook, a waterfall, and a pond that is popular with moose.

A perfect bluebird morning greeted us as we stepped out onto the trail. Well, actually, the construction happening in and around the Jenny Lake Ranger Station had us following along orange fencing and makeshift signs. We decided to go around the lake counter-clockwise and, after passing the Jenny Lake Campground, we finally found the dirt trail along the shoreline.

The first part of our journey gave us pocket views of the lake, filtered by the fir and pine trees. A Red Tree Squirrel entertained us as it ate a pinecone like an ear of corn while a Sharp-shinned Hawk perched in a tree and called out. Various views of Teewinot Mountain and Mt. Moran towered above this gem of a lake as we made our way along its shores.

We eventually came alongside the scenic drive, then to the pullout with the Jenny Lake Overlook where a panorama of the lake was fantastic. The downside was the increase in others looking at the lake. We continued on, leaving the crowds and followed along to the north end of the lake. Small meadows began opening up giving us better views of the craggy peaks to the west.

Eventually, the trail came to the inlet of the lake where it turned north and followed the lively creek that connects String Lake to Jenny Lake. This trail was lively with forest birds and alternated between forest and open forest. After following the creek upstream, views of the mountains burst open before coming to the String Lake Trailhead along with the bridge going over the lake.

We crossed the bridge and began following the creek along the left side. Staying left at the junction with the String Lake Loop trail, we stayed in the burned area giving us wonderful views looking up at the mountains to the west and the bubbling creek to the east. At one point, the creek empties into a nice, emerald pool and adds a subtle accent to the trip.

The trail continues following the creek until it empties into Jenny Lake where the views open up to the expanse of the lake. The lake stretches out to the southwest, and the trail traverses a nice hillside. The backdrop, however, are fantastic peaks such as Teewinot Mountain, Mt. Owen and the iconic Grand Teton. After traversing this old burn area for a bit, the trail descends into the woods where it passes flower-lined feeder streams until it gets to the boat dock.

The previous day, we had climbed to Inspiration Point, so we skipped it. If you do this loop and have no plans to head up into Cascade Canyon, I would hike up to Hidden Falls and Inspiration Point as it gives you a fantastic overlook of the lake.

Instead, we continued on where the trail wraps around the west shore of the lake. It stays true to the lake for most of the trip giving you numerous opportunities to walk right along the shoreline. We picked a nice collection of rocks to have a seat, eat lunch, and enjoy the views.

We continued south along the beautiful shoreline that was occasionally interrupted by trees. As it got to the southern end of the lake, it climbed a little as it joined back up with the horse trail, then dropped to the spur trail for Moose Pond. We took that spur trail and were treated to a cow Moose wither her calf as they fed on the plants in the water. After a bit of watching them, we walked along the trail that circumnavigated the ponds and followed the base of the mountains.

As we entered the trees, we spooked a Ruffed Grouse, then broke out into an avalanche chute where a few more ponds hung out to our left. After a bit of looking, we noticed a bull Moose and another cow Moose. From here, we turned around and headed back to the Jenny Lake Loop trail and continued on.

We sat for awhile listening to the rhythm of the waves from the afternoon breeze, then. headed back, crossed over the creek near the shuttle boat dock, then back to our cars.

This popular hike is popular for good reason. Not many seem to walk the loop, so if you’re looking for solitude, do the whole Jenny Lake Loop. If you’re looking for a nice sample, take the paid shuttle across Jenny Lake to Inspiration Point and Hidden Falls, then back. A nice middle ground, however, is to take the boat to the overlook and waterfall, then walk along South Shore Jenny Lake , visit Moose Pond, then walk back to the trailhead.

Any visit to Grand Teton National Park without Jenny Lake is a mistake. This shorter day is great for the whole family and offers a wonderful variety and reward for the effort. 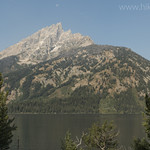 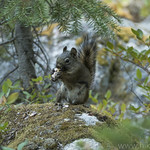 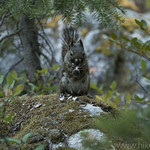 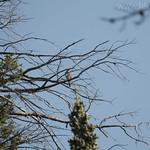 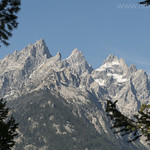 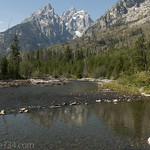 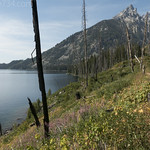 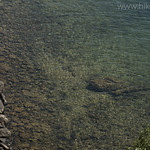 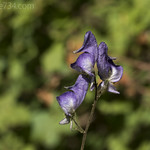 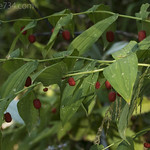 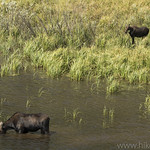 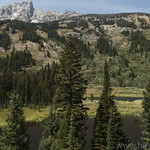 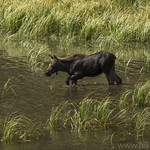 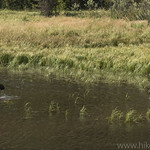 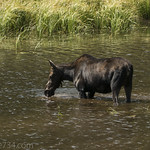 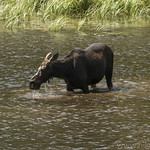 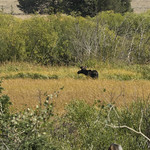 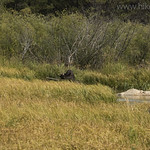 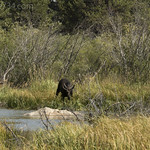 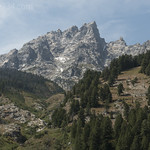 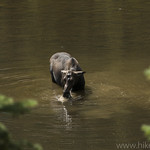 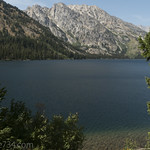 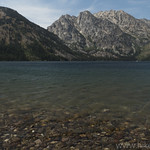