Let’s just get this out of the way, Lower Yosemite Fall is very popular. Don’t expect to be there by yourself. That being said, it’s incredible to stand at the base of this powerful waterfall. It’s easy path is accessible by just about anyone.

The trail begins at two different bus stops. I have come from both directions now and am not sure if one is better than the other. I would explore the whole horseshoe hike.

I first came in 2015 during a low snowpack year. The falls were still dramatic and powerful in June. Kristen and I walked to the first vantage that allows you to see the entirety of Yosemite Falls, including Middle Cascades, framed by the massive ponderosa pines.

We continued along through the trees to the bridge with the vantage point of the waterfall. The waterfall crashed down onto the mammoth, granite boulders and tumbled below the creek. Visitors were spread out all along the creek. Some were working their way to the base of the falls.

We backtracked just a bit and followed the scramble trail close to the base of the falls where you could feel the mist and enjoy the roar of the waterfall.

From the bridge, we continued on and explored the trail as it wandered through boulders, trees, and joined up with the creek as it changed personality to a gentle brook.

Upon my return in 2017, it was a whole different story. The unusually high snowpack meant a thundering waterfall. Upon entering the area near the bridge, the trees were swaying at the wind being generated. The cold mist blew across the bridge taking your breath away.

I quickly crossed over the bridge where white water foamed underneath. Pictures were difficult as the mist quickly covered the lenses of cameras. That same mist filled the valley making it impassible for getting any closer, as if anyone wanted to.

It’s one of the joys of the dynamic wilderness. Each time you visit, it displays many different personalities.

Despite the crowds, anyone visiting Yosemite Valley should make an attempt to walk the short path to this incredible spectacle. Lower Yosemite Fall is amazing! 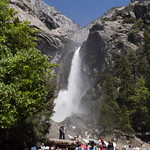 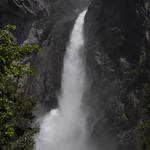 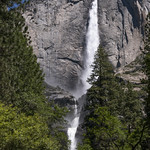 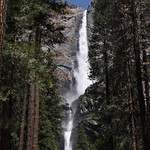 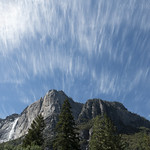 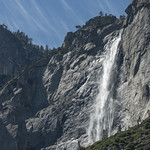 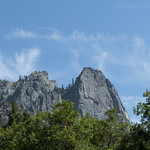 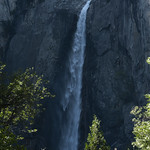 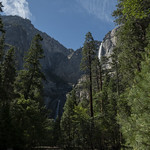 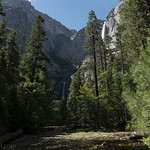 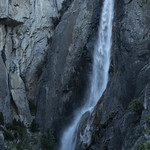 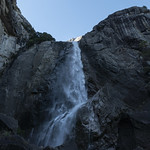 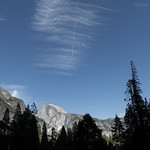 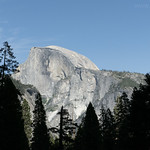 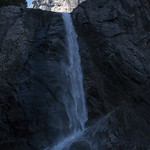 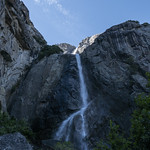 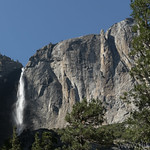 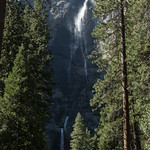 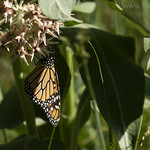