May in Glacier National Park doesn’t have many opportunities to get into the higher elevation. Numa Ridge Lookout is one glorious exception. Kristen and I were able to hike all the way up to the lookout with snow just near the top. We were treated to flowers, birds, and epic views.

The forecast for the east side of Glacier National Park looked miserable. That meant that we needed to focus our attention to the better (but not great) weather of the west side. Spring is tricky for finding open trails. It gets even harder if you want some elevation.

We weren’t interested in hiking Apgar Lookout, so we decided to head up the North Fork and see what we could hike in the Bowman Lake area.

Numa Ridge Lookout is a great spring hike and we decided to see how far up we could make it. We strapped our snowshoes on our backpacks and put on our boots and headed out on the trail.

Birds were chirping all around us, flowers were popping everywhere, and the trail was delightfully dry! The wind was cold, however and coming off the lake with an attitude. The trees helped settle that down and once we turned off from the Bowman Lake Trail and began working our way up the ridge, we warmed up.

As we got higher up, we started getting glimpses of Bowman Lake. Flowers such as Rock Clematis, Calypso Orchids, and Glacier Lilies were among the dozens of flowers we spotted. Mountain warblers such as Yellow-rumped Warblers and Townsend’s Warblers sang along with the permanent resident Black-capped Chickadees and Red-breasted Nuthatches.

There was no snow nor mud on the trail, but some downfall along the way proved tricky, though not difficult. A saddle along the trail introduced us to a little bit of snow before we really stared the last climb. Here though it was scattered and we gave no thought to the snowshoes on our back.

After the saddle, we really started getting into the views. They were filtered through the trees still, but the trees were thinning and getting shorter. The rocky summits across the way were still dressed in snow and were gorgeous.

The snow became more frequent, but we still found no need to put on our snowshoes. The last half mile became almost 100% covered in snow, but it was firm enough to walk on, so we soldiered on among the sprawling views. Rainbow Peak dominated the view to the south with Bowman Lake stretching out westward.

At last the lookout came into view. We summited, took in the view, took a few more pictures and headed on down.

If you’re looking for an early season hike in Glacier National Park with some elevation, flowers, birds, and glorious views, Numa Ridge Lookout might just be the ticket. 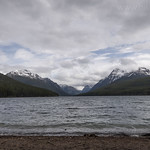 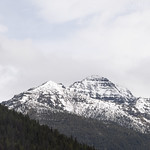 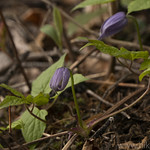 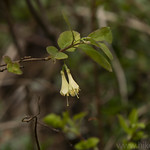 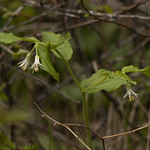 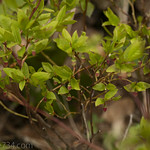 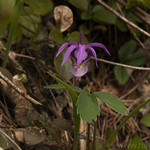 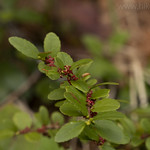 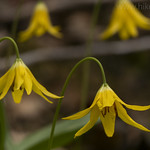 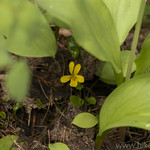 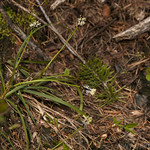 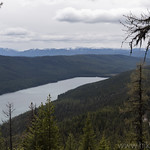 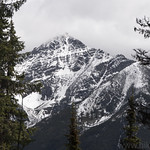 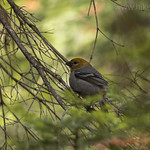 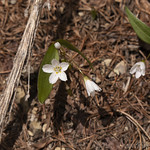 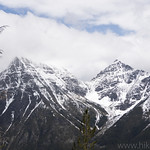 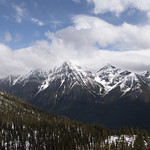 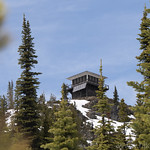 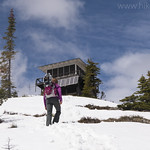 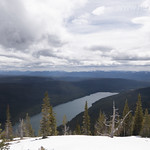 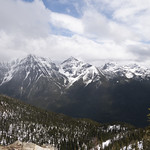 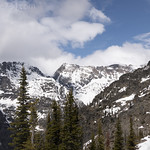 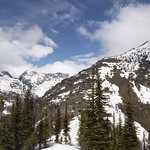 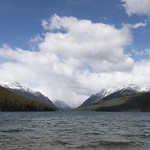