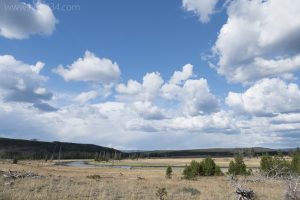 The hike to Sentinel Meadows and Queens Laundry gives you a level trail with wide open meadows, hot springs, ponds, birds, and a little bit of Yellowstone National Park history. The trail can be done by hiking directly to Queens Laundry and back or made into a little loop that’s a bit longer through another meadow.

Another bluebird day both in the sunshine and the copious amounts of Mountain Bluebirds that I saw as I headed out on the Old Freight Road from the Fountain Flats Drive. This old road is one of the few places to ride bikes that takes you from the Old Freight Road to the Fairy Falls trailhead.

I started out on the flat road and passed the wide open meadows on a straight shot to the bridge over the Firehole River. Just before crossing, I swung by the Ojo Caliente Spring which is perfectly blue, boiling, steaming, and empties into the Firehole River over mats of green and orange extremophiles. On the other side of the bridge, the trail to Sentinel Meadows breaks off, however, I continued on the road to another trail where I’d loop back to this trailhead.

From the bridge to the other trailhead, you pass more beautiful, open meadows and some clumps of lodgepole pines. Small pocket ponds harbored shorebirds and a few waterfowl like Canada Geese. Eventually, I came to a sign that simply said, “Trailhead” and took a right. You leave the wide road for a more traditional, single-track trail with sparse trees that immediately forks. The left fork heads to Imperial Meadows and Fairy Falls, while the right fork crosses a large meadow on its way to Sentinel Meadows.

After that junction, I followed the trail through a thicker stand of trees, then popped out into a vast meadow occasionally interrupted by small stands of trees. It’s also laced with running water with hot springs peppered throughout. The trail frequently disappears through the marshy meadows, so keeping an eye out for orange markers on trees and posts is important.

The springs through this area are also beautiful. There are no boardwalks, railing, or signs, but the same rules apply out here to protect both the springs and yourself. Stay off the brittle ground and keep your distance from the springs. They can be fatal.

Once all the way across the field, I paralleled the forest, then the trail goes down a long, narrow meadow through the trees to Sentinel Meadows. As soon as you enter the meadows. you can see a steaming pool which has the old log structure that used to be a bath house. A formal trail no longer exists there, but I followed along the edge of the forest to keep my feet dry until I saw a couple of old logs indicating the best way over. I followed them, then tried my best to avoid standing water until I got to the springs and the structure.

Apparently, the first superintendent of Yellowstone thought to build a bath house. It wasn’t completed before he was done and the second one put a kibosh to it. It now sits half finished.

I continued on the trail over a knoll getting great views of the meadows below peppered with tall cones. I saw an American Kestrel and a Northern Harrier hunting for small rodents. Further on, the trail dropped down into some trees and I passed a huge bull elk on the way to the Firehole River and the junction back up to the Old Freight Road.

Overall, the hike to Sentinel Meadows & Queens Laundry in Yellowstone National Park is great for those wanting a nice variety of rivers, lakes, ponds, birds, meadows, and forest on a very level trail. 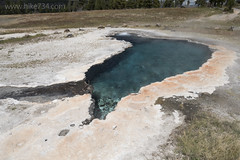 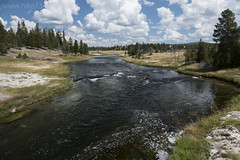 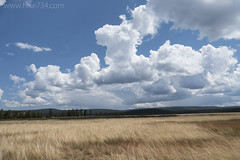 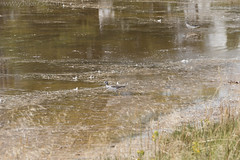 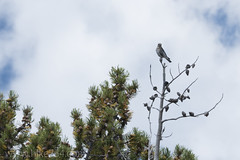 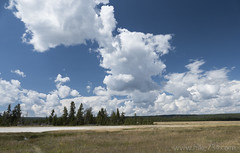 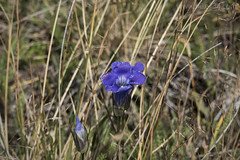 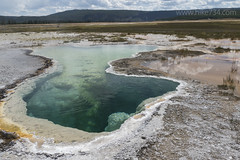 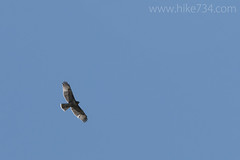 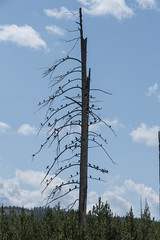 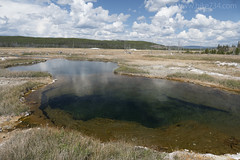 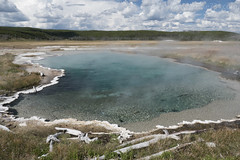 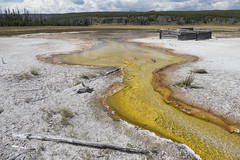 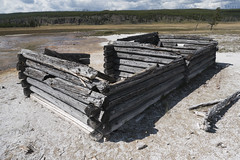 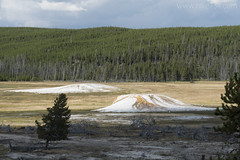 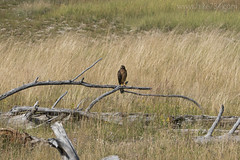 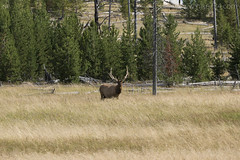 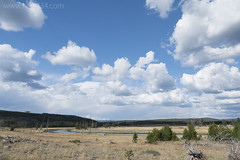