The Hoodoos in Yellowstone National Park are a large boulder field as a result of an earthquake that rocked Terrace Mountain. While you can drive through the lower section, you can also walk through them which gives you a bonus of some great views and a more intimate look at these great stones.

This hike can be done as a one way with a shuttle, an out and back, or a loop with Snow Pass.

Most often, people hike the Hoodoos as a loop through Snow Pass. It’s also a very popular ski in the winter. Since I’d already hiked up the Fawn Pass Trail which takes you to the junction with the Snow Pass Trail for the loop (which I’d take as part of the Sepulcher Mountain hike), I decided to just hike down from Golden Gate, through the Hoodoos, and down to the Upper Terraces Drive and hitchhike back down.

The wind was howling on Swan Lake Flats as I started out on a bluebird day. I parked the Bunsen Peak/Osprey Falls trailhead and crossed the road to Glen Creek. After enjoying the view across the vast meadows fenced in by epic mountains like Mt. Holmes and Electric Peak, I crossed the creek and quickly reached the trail junction.

The trail ducks into the trees for a short stint and gains nominal elevation, then pops out above a cliffy section. A look back over Swan Flats was great and included a cool vantage of Rustic Falls at Golden Gate where the road passes through. The cliff on the opposite sides works its way up to Bunsen Peak with the eroding north facing section a collection of  boulder fields and crazy spires.

As the trail turned down the canyon, a new vista appeared looking towards Mt. Everts. On my side, tall cliffs that were also red were stacked boulders. Strewn below were more boulders that had been shaken loose years ago. In the distance, the white boulder field of the hoodoos came into site. The trail broke out of the  last of the trees and traversed across a shrubby landscape.

Terrace Mountain was formerly a collection of springs like Mammoth Terrace which built up and eventually became dormant. It became covered in vegetation. Eventually, an earthquake shook the mountain loose, causing it to calve off a large chunk that created the boulder field known as the Hoodoos for their large wonderful shapes and white color. The rim of the mountain where the rocks came crashing down is white cliff band lining the top.

Eventually, I entered into the edge of the Hoodoos and some trees. It was great to see these amazing boulders towering overhead. Some looked like they were taken from the Lion King with their angular shapes. Trees grew out from the top of others. The sound of American Pikas “eeping” from the rocks in addition to their typical haystacks they pile up let me know of their existence. Luck and patience would have revealed them to me, but I settled for a chipmunk and moved on.

After working my way through the Hoodoos, the trail transitioned from trees, boulders and shrubbery to open grasslands and sagebrush. This section has some great vistas looking across the valley cut by the Gardner River towards Mt. Everts. A look back at Bunsen Peak and the top of Terrace Mountain rounded out the panorama before I was swallowed up again into the forest.

Here, I passed by pine trees, some stands of aspen, and pocket meadows as I worked my way down a few draws to Pinyon Terrace. This area is the beginning of the more hydrothermally active Mammoth Terraces area and is dotted by cones, some active, some not, vents, and other features. Eventually, the trail reached Upper Terrace Drive where I waited for some kind souls to give me a ride back up to my car.

The other way to do this trip would be to start at the same spot, but instead of taking a right after the creek, continue on the Fawn Pass trail to the wide open meadows. At a fork in the trail further up, stay right along the eastern edge of the meadows, then take the Snow Pass Trail along the power lines, past the swampy area, and down the steep trail through the dark forest. This will come down and intersect the Hoodoos trail that I hiked down. Follow this trail uphill, back to the car.

The hike through the Hoodoos is definitely unique in Yellowstone National Park. The large boulders stand as sentinels and tell a story as you walk through them. The views, the formations, and the bonus waterfall make for a pretty great hike. 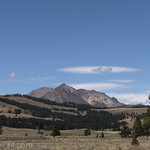 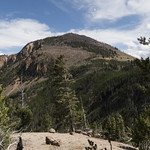 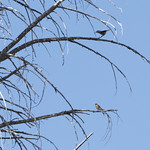 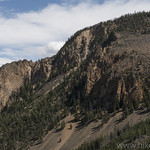 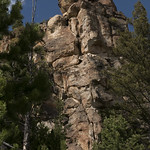 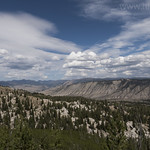 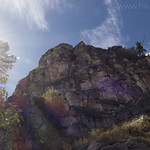 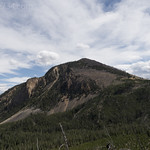 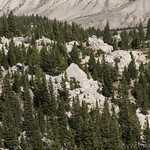 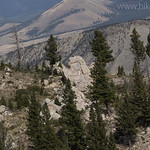 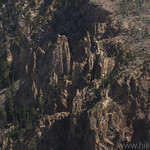 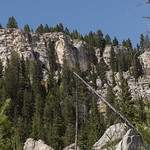 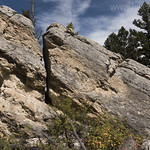 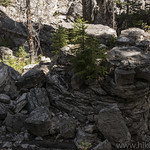 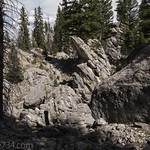 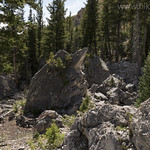 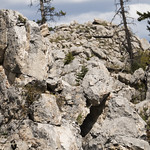 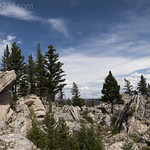 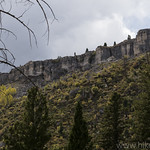 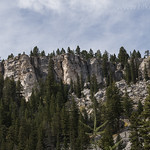 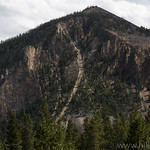 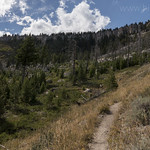 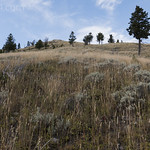 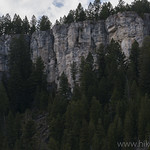 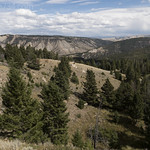 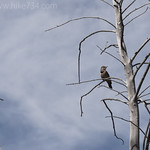 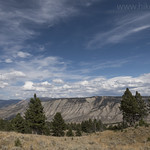 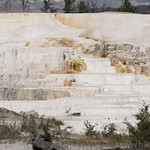 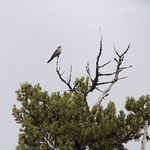 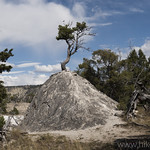