The Tower Creek trail in Yellowstone National Park is a trail that starts at the Tower Fall campground and follows the creek upstream for 3.5 miles. This trail appears on current maps, but is no longer maintained, so expect to ford the creek and employ some route-finding skills as you bounce between forests and meadows.

I was conveniently staying at the Tower Fall campground, so I walked from my campsite right to the trailhead. It involved a steep descent down to the junction. To the right, the trail followed the creek to Tower Junction, while the left is the Tower Creek Trail. This trail is signed, “Trail not maintained” so I knew that it was probably going to be more of an adventure than others. I was right as the first thing I had to do was ford Tower Creek.

As I was getting ready to, I noticed some movement on a sand bar. Turns out a clutch of Harlequin Ducks were getting ready to take a morning nap. I love Harlequins and was stoked to start the day with them. After fording, the trail entered a nice meadow that was an old burn. To the right were some great geologic features of crumbling rock and to the left, Tower Creek. I walked through the meadow and saw a great variety of birds including bluebirds, wrens, swallows, and a towhee.

From there the trail alternated from open meadow to trees as it veered away from the creek. A few small ponds, some below and some tucked up against the hillside, dotted the landscape. I watched a few Red-tailed Hawks soar while the Yellow-bellied Marmots scampered among the rocks.

Eventually, the trail climbed to an overlook of the creek which was a nice change of pace, then back to the mix of meadows and stands of trees. Throughout the whole hike, various sections were more challenging than others to find the trail. Keeping an eye out for orange markers and cut logs helped solve the riddles.

The trail descended from the drier meadows to the cooler flats next to the creek. At what seemed to be an arbitrary point, a sign said, “End of maintained trail.” (a bit ironic for a trail that wasn’t maintained) I turned around and headed back.

Overall, the area was nice. It definitely didn’t stand out like many other trails in Yellowstone National Park except that it was not maintained as well as others. It’s definitely a nice place to find some solitude and fun birding. 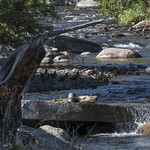 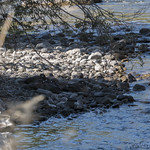 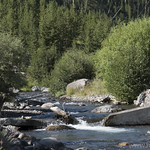 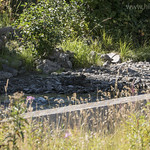 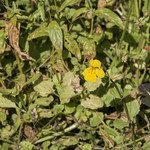 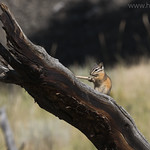 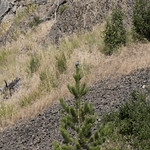 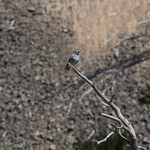 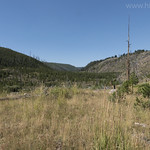 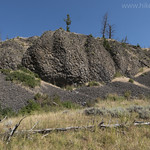 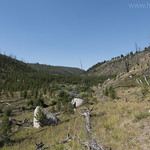 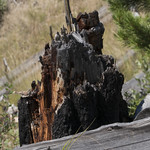 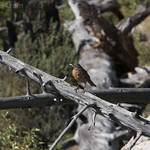 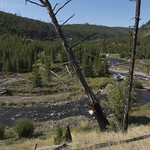 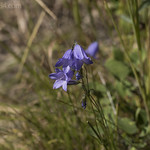 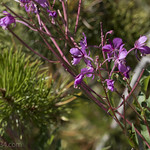 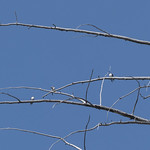 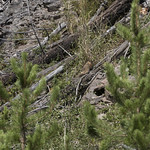 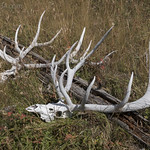