A trail follows the old Chittenden Road to Mt. Washburn in Yellowstone National Park. While this approach isn’t as popular as the route from Dunraven Pass, it is shorter and has plenty of views.

It was a cooler day with more wind on my second time up to Mt. Washburn. I drove north past Dunraven Pass, then partway up the gravel, Chittenden Road to the trailhead. At this point, the road is gated off so it’s only hiking from here.

The views from the parking lot are great. Wide expanses looking at hillsides, valleys, grasslands from the west, to the north and over to the east. The trail is initially a bit steep until it joins up with the road. From here, it’s a steady grade all the way up to the summit as it winds its was up the ridgeline.

The high winds created great lifts and numerous hawks soared up. Mountain Bluebirds were taking advantage of the wind and hovered over the golden meadows looking for insects. I spent most of my time in more open areas looking up at the lookout, my destination, and the panoramas, but also went through some stands of trees.

Gray stands of dead whitebark pine speak of the threat to these important trees that become more prone to beetle infestations with mild winters. Thankfully, there are still quite a few trees up there providing food for Pine Grosbeaks and Clark’s Nutcrackers.

As I approached the summit and the lookout, I passed a herd of Bighorn Sheep. It was full of ewes and lambs, but no large males. They’ll join up later in the year.

I circled around to the top of the lookout to an empty parking lot at the tower. I’d been up here two days before and it was fairly crowded, but the cooler temperatures and biting wind changes things. I went inside the lookout to get out of the wind and realized that it wasn’t a unique idea as quite a few people sat on the benches getting warmed up.

After a snack, I turned around and headed back down to my car. Overall, a really nice way to get to the top. Less elevation and shorter distance than the route from Dunraven Pass with a bunch of exceptional views. It doesn’t have as much variety on the way up as the other route, but definitely a nice alternative. 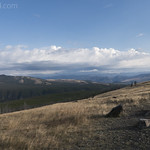 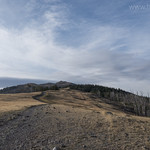 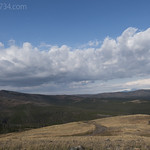 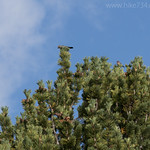 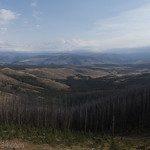 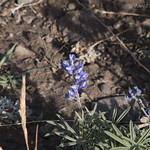 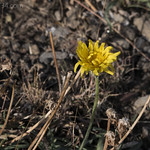 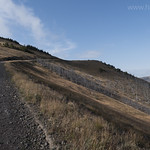 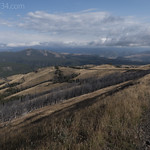 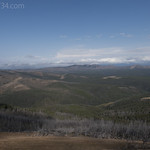 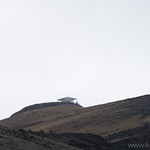 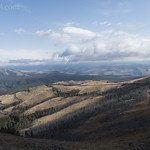 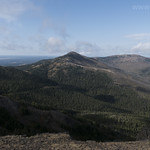 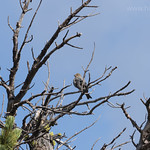 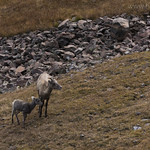 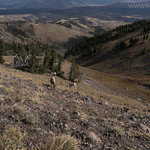 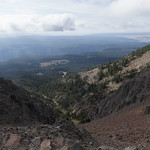 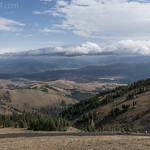 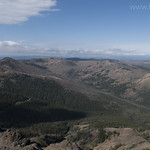 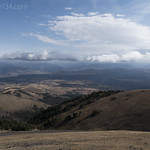 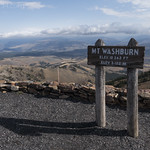 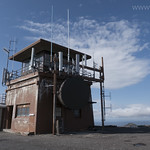 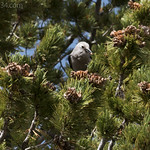 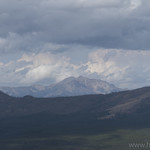