Tucked away high in the rugged mountains of the northeast corner of Yellowstone National Park is the sublime Pebble Creek Valley. The Pebble Creek Trail goes up and over a steep ridge, then follows Pebble Creek all the way down the valley as it goes from open grasslands to wooded canyon.

On a bluebird day, I started out at the Warm Creek trailhead in the far northeast corner of Yellowstone National Park. The trail lived up to its reputation of being steep as soon as I stepped onto the trail. It climbed steeply up a wonderful forest full of spruce and fir trees. The birds were abundant and filtered views of the surrounding mountains were fantastic.

The undergrowth was fairly clear, allowing to see deep into the forest. The trees also provided nice shade to keep the hike nice and cool. Every once in awhile, the views opened up giving me a chance to catch my breath and enjoy spectacular views of Abiathar Peak and Barronnette Peak.

Eventually, I reached the steep switchbacks which let me know I was near the top, where it then leveled out and headed over a gentle pass. I got a quick glimpse of the meadows down below, then quickly dropped another 200ft or so into the bowl.

I emerged from the trees to see this vast, mountain meadow. I was able to cross Pebble Creek by hopping on rocks, but earlier in the year, it would be a ford. Once I got across, all I could say was, “Wow!” This broad, grassy meadow was fantastically beautiful. The back side of Barronnette Peak and Mt. Hornaday created a dramatic backdrop. Pebble Creek was lined with willows and the surrounding hillsides were covered with vegetation amongst a stand of gray trees from a former burn. The habitat up there begged for wildlife.

I worked my way across this meadow, gradually following the creek down the drainage. I kept turning around to appreciate the panoramic views. A couple of stands of trees interrupted the wide open meadows. I crossed the creek as the stands became more frequent. Some were older stands, some were recently burned, and others were somewhere in the middle. This led to a variety of bird species from hawks to woodpeckers to warblers.

The forest got thicker as the valley narrowed. Mt. Hornaday continued to delight with its changing aspect. Bliss Pass came into view as did the cutoff trail which begged the question of how does the trail switchback up that thing? While the forest became the predominate actor, pocket meadows frequently interrupted keeping the hike interesting and opening up views.

Another creek crossing came. This one, like the previous two and the one to follow, had no structure going across. Because of the low water, I was able to navigate every one using a combination of rocks and downed logs.

The trail followed right along the flat of the creek at the bottom of the canyon. Feeder creeks were trickles and the vegetation was great. Across the creek, Barronnette Peak changed shape.

I came to the final creek crossing, navigated it by a log, and started the long traverse across the hillside. Aside from a couple of short up and downs, this stretch remained fairly level as the creek plunged towards the valley floor. Numerous feeder creeks helped keep me up to date to where I was on the map.

Eventually, the forest gave way to large meadows as I came to the end of the ridge off Barronnette. The Soda Butte canyon became visible as did the wonderfully named mountain The Thunderer. From here, the trail switchbacked into the damp forest with a brief look at Pebble Creek cascading into a ravine.

The trail entered into the dryer flat of the valley and split. To the right takes you over Pebble Creek and into the campground, while the left takes you to the trailhead off the Northeast Entrance Road. I took a left, passed a ruminating bison, and got to the road where I hitchhiked back to my car.

I would love to do this hike again, although I would probably hike up to the meadows, explore them, then hike back down to my car. Once the trail entered into the forest, it got a bit long and less interesting. That meadow though… 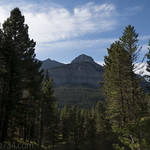 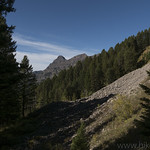 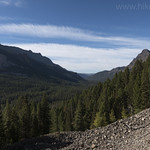 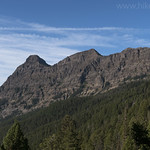 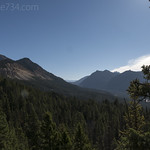 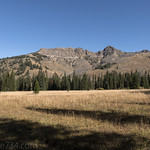 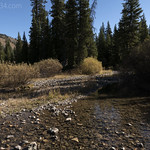 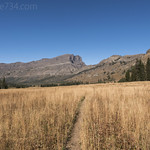 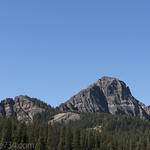 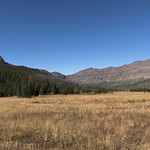 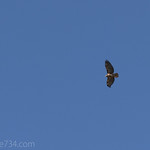 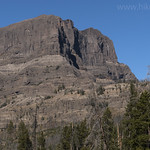 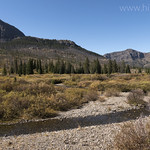 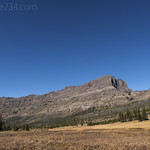 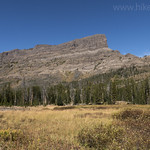 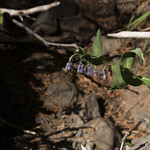 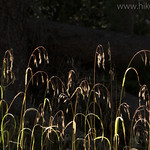 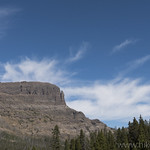 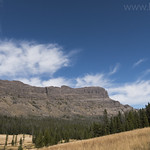 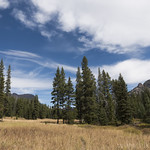 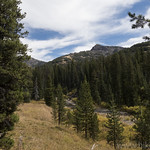 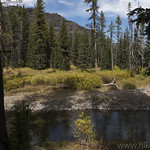 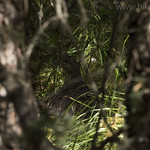 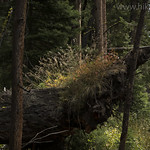 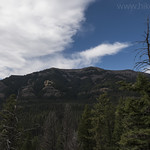 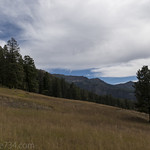 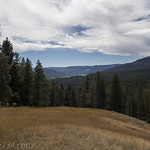 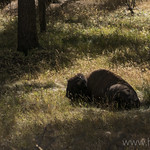 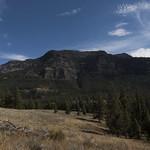