Terraced Falls in Yellowstone National Park is one of the many waterfalls found in the southwest corner of the park known as the Bechler area. The hike to this aptly named waterfall is short, fairly level, and a delight as you follow Cascade Creek, then the Falls River to a wonderful perch overlooking Terraced Falls.

The drive to the Cascade Creek Trailhead is a rough ride along the Grassy Lake Road. While the whole drive isn’t crazy, there are a few sections with large pothole, rocks, and washouts, so don’t bring your sports car. After bumping along, I parked at the trailhead and began hiking along Cascade Creek. Confusingly, this is not the Cascade Creek found near the Canyon Area, but the one found in the Bechler Area of the park.

Right from the trailhead, I was in love. The trail overlooks Cascade Creek which, as its namesake implied, was cascading below. The vegetation on the hills surrounding the creek were popping in fall colors in reds, yellows, and oranges. The trail would spend some time hiking in the trees, but spent ample time hiking along the creek itself. The trail starts out in the national forest, but quickly reaches the park boundary.

I followed along the creek on a cool, overcast day and couldn’t be more delighted with the pool, drops, cascades, and the few slow sections. I hoped to come across a moose in the willows, but never saw anything bigger than a Red Tree Squirrel. I finally made it to the Falls River after slowly descending with the creek.

More of the same wonderful fall colors lined the river. What also was the same were the amount of cascades and time spent along the river. The only difference was that the cascades were all bigger. The biggest along the hike was a nice drop called Cascade Acres. A little climb of the trail gave a high view of the river, then dropped back down along the river.

I spotted the first horizon of the waterfall and could hear the road. The waterfall is a series of drops creating a terrace, thus the name. The first one is great. It’s not a curtain, or a cascade over boulders, but a nice mix of a bit of everything. It is incredibly interesting with a pool, some falls, some cascades, boulders, etc. From there the river bubbles down to the main feature which is a similar top to the first one, but then a nice big drop.

The main cascade falls into a canyon lined with tall, rounded columns. Below, the water splashes and roars, has a shelf that goes across the river, then the river bends and flows out of sight. The trail ends on a perch overlooking this fantastic waterfall. If it were along the main loop in Yellowstone, it would be crawling with people, but because it’s remote, you get a short walk to a fantastic waterfall.

I thoroughly enjoyed the hike and sat at the waterfall for awhile. I’d go back in a heartbeat. 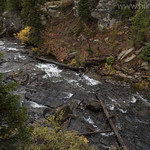 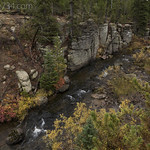 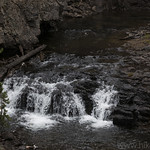 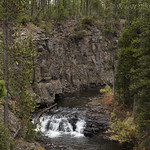 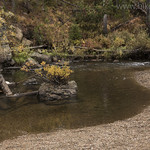 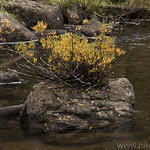 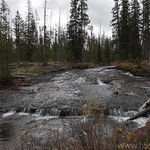 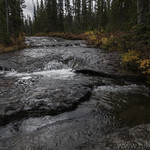 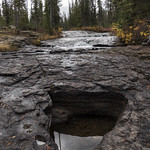 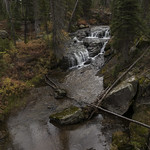 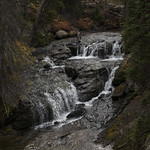 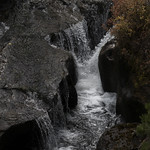 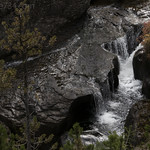 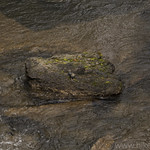 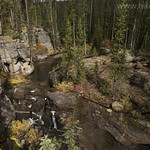 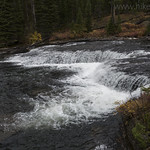 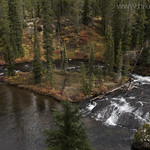 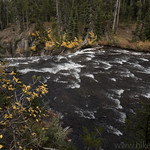 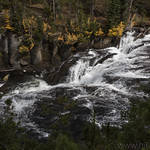 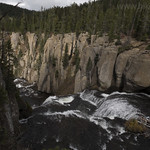 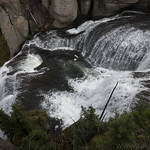 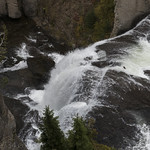 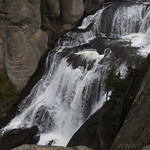 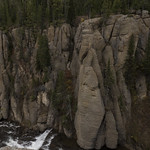 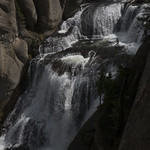 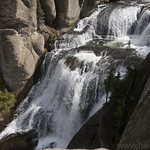 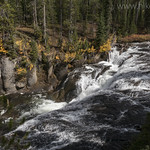 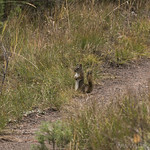